Return to this page a few days before the scheduled game when this expired prediction will be updated with our full preview and tips for the next match between these teams.
Full-Time Result Prediction for Pachuca vs CD Guadalajara
Pachuca to Win
CD Guadalajara will be visiting Estadio Hidalgo on Sunday for the Liga MX (Clausura) tie with hosts Pachuca.

Our assessment is that CD Guadalajara will manage to put one past this Pachuca side, however it probably won’t be enough to avoid defeat. We’re expecting both teams to score in a 2-1 advantage for Pachuca by the time that the referee blows the final whistle. It’s a very tough call. To see all of our predictions, user poll & stats for Pachuca v CD Guadalajara, scroll down - as well as the best betting odds.

Heading into this fixture, Pachuca are unbeaten in the league by CD Guadalajara in their last 4 games. 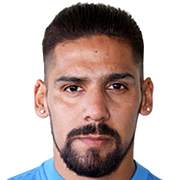 Mostly played in the Striker position, Franco Jara was born in Villa Maria, Argentina. Having made his senior debut playing for Arsenal de Sarandí in the 2007 - 2008 season, the skilful Forward has managed to score 8 league goals in the Liga MX (Apertura) 2019 - 2020 season to date in 16 appearances.

While we have made these predictions for Pachuca v CD Guadalajara for this match preview with the best of intentions, no profits are guaranteed. Always gamble responsibly, and with what you can afford to lose. Best of luck with your selections.