Pachuca will face off against visiting side Querétaro FC at Estadio Hidalgo in the Liga MX (Apertura) clash on Friday.

Our predictions, user poll and statistics for Pachuca v Querétaro FC can be found here (including the best match odds).

Pachuca prepare for this game after a 1-1 Liga MX (Apertura) draw vs Tigres de la UANL.

Pachuca haven’t had any problems with scoring, hitting the target in each and every one of their last 6 games.

They have hit an aggregate of 8 during that time while seeing the number of goals scored against them stand at 7.

Heading into this fixture, Pachuca have left without a victory over Querétaro FC in their previous 2 league games.

In the game prior to this, Querétaro FC drew 1-1 in the Liga MX (Apertura) tie with Mazatlán.

The stats don’t lie, and Querétaro FC have been scored against in 6 of their last 6 games, seeing opposing sides hit 11 goals in all. Defensively, Gallos Blancos have been far from perfect. That aside, we must now wait to see if that trend shall be maintained in this upcoming game.

Looking at their past form shows that Querétaro FC:

Looking at their prior head to head clashes stretching back to 05/11/2017 tells us that Pachuca have won 1 of these & Querétaro FC 3, with the tally of drawn games standing at 2.

A combined sum of 10 goals were scored between the two sides in this period, with 5 of them for Los Tuzos and 5 netted by Gallos Blancos. That is an average goals per game value of 1.67.

The last league encounter between these sides was Liga MX (Clausura) match day 8 on 29/02/2020 when it finished Pachuca 1-1 Querétaro FC.

In that game, Pachuca had 44% possession and 4 shots at goal with 1 of them on target. Their only player on the scoresheet was Jara (34').

Querétaro FC had 4 shots at goal with 1 on target. Clifford Aboagye (91') scored.

Pachuca boss Paulo Pezzolano will be thankful to have no fitness concerns at all ahead of this match with a completely injury-free group to pick from.

With a fully healthy group to pick from, Querétaro FC boss Alex Diego does not have any fitness worries at all coming into this clash.

We’re of the view that Querétaro FC could well find it tough to score against this Pachuca side who we reckon should end up scoring and staying ahead.

We’re therefore expecting a good tussle with a 1-0 victory for Pachuca when the referee blows for full-time.

Over/Under 2.5 Goals Prediction for Pachuca vs Querétaro FC
Under 2.5 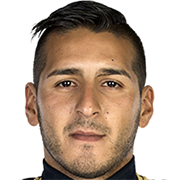 Typically deployed in the Right Attacking Midfielder position, Ismael Sosa was born in Pcia de Buenos Aires, Argentina. After making a first senior appearance for Independiente in the 2004 - 2005 season, the goalscoring Midfielder has struck 2 league goals in the Liga MX (Clausura) 2019 - 2020 season so far in 9 appearances.

We have made these Pachuca v Querétaro FC predictions for this match preview with the best intentions, but no profits are guaranteed. Please always gamble responsibly, only with money that you can afford to lose. Good luck with your selections.