Paços de Ferreira will do battle with visiting rivals Braga at Estádio Capital do Móvel in the Primeira Liga meeting on Saturday.

All Paços de Ferreira v Braga match predictions, user poll and stats are shown below - plus the latest betting odds.

Paços de Ferreira, following on from their previous result, will be hoping for more of the same after the 0-1 Primeira Liga victory over Rio Ave.

Leading up to this clash, Paços de Ferreira:

Braga come into this meeting after a 1-0 Primeira Liga win with the defeat of Boavista in their last game.

In that game, Braga managed 48% possession and 9 shots on goal with 4 on target. The only player to score for Braga was Vítor Oliveira (46'). Boavista had 10 attempts at goal with 0 on target.

A run of hard-working displays by the Braga defensive players has seen their ‘goals against’ tally standing at 3 from their previous 6 outings in total. In that period of time, the number of goals that they have scored themselves is 12.

Leading up to this clash, Braga:

Checking out their prior head to head duels dating back to 15/12/2019, there has been little between the sides with Paços de Ferreira winning 2 of those games, Braga 2 and 2 being drawn in regulation time.

A combined sum of 14 goals were produced between them in this period, with 6 for Os Castores and 8 netted by Os Arcebispos. That’s an average goals per game figure of 2.33.

The previous league encounter featuring these clubs was Primeira Liga match day 22 on 12/02/2022 when it ended Braga 2-1 Paços de Ferreira.

At the other end, Paços de Ferreira got 9 shots on goal with 3 of them on target. Antunes (45') scored.

Almost everyone can be considered, as there’s just the sole fitness concern for the Paços de Ferreira gaffer César Peixoto to be concerned about from an otherwise complete set of players. Luíz Carlos (Unknown Injury) is sidelined.

With a completely healthy squad available to select from, the Braga boss Artur Jorge doesn’t have any fitness concerns to report ahead of this clash.

We believe that Braga will most probably be able to create a high number of chances and successful shots on target.

In contrast, Paços de Ferreira might well find it difficult to break down their defence- but, we do see them converting at least once here.

We’re predicting a 1-3 margin for Braga when all’s said and done. 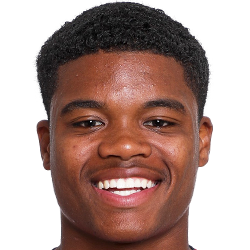 Mostly taking to the field in the Left Wing position, Nigel Thomas was born in Rotterdam, Netherlands. After making a first senior appearance for Jong PSV in the 2018 - 2019 season, the dangerous Forward has managed to score 2 league goals in the Liga Portugal 2022 - 2023 campaign to date in a total of 16 appearances.

While we have made these predictions for Paços de Ferreira v Braga for this match preview with the best of intentions, no profits are guaranteed. Always gamble responsibly, and with what you can afford to lose. Good luck with your selections.