Puskás Akadémia visit Fehérvári úti Stadion on Saturday for the Nemzeti Bajnokság I showdown with home side Paksi SE.

Scroll down for all of our predictions, poll and stats for the Paksi SE v Puskás Akadémia game - as well as the best betting odds.

Paksi SE will be looking to improve on their last outing here after the 2-1 Nemzeti Bajnokság I loss in their previous game against Mezőkövesd.

Paksi SE haven’t been able to stop scoring goals, finding the back of the net every time they’ve gone out to play in their last 6 matches.

They’ve hit an aggregate of 11 during that period while seeing the number of goals scored against them stand at 13. That kind of pattern won’t necessarily follow through into this game, though.

Puskás Akadémia head into the encounter after a 2-1 Nemzeti Bajnokság I win to defeat Újpest FC in their previous outing.

For Puskás Akadémia, the scorers were Alexandru Băluță (50') and Libor Kozák (90'). Giorgi Beridze (97') was the scorer for Újpest FC.

A succession of effective showings from the Puskás Akadémia defensive unit has resulted in their ‘goals against’ tally standing at 2 from their previous 6 outings combined. Over that same time, their own attack force has managed to score 11.

Taking a look at their past results, Puskás Akadémia:

Looking at the statistics for their head to head meetings going back to 08/02/2020, there has been little to separate the clubs with Paksi SE winning 3 of those games, Puskás Akadémia 3 and 0 being draws in normal time.

Those games weren’t short on goals, either, with 32 in total which averages out at 5.33 goals per match.

The last league fixture between the two was Nemzeti Bajnokság I match day 2 on 08/08/2021 which ended up with the score at Puskás Akadémia 1-6 Paksi SE.

The referee was Peter Antal.

The Paksi SE boss György Bognár will be grateful to have no fitness worries at all ahead of this match thanks to a fully injury-free squad available to choose from.

With a completely injury-free squad to choose from, the Puskás Akadémia manager Zsolt Hornyák has no fitness worries whatsoever ahead of this game.

We’re of the view that Puskás Akadémia and Paksi SE could both end up scoring at least one each in what appears to be a good match-up, with little separating the two teams.

Let’s see how this one goes, but it looks this could have goals and the potential for a draw. Therefore, we predict a high-scoring affair with a draw at full-time. 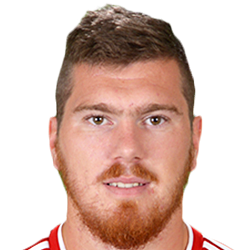 Customarily playing in the Striker position, Martin Ádám was born in Hungary. After making a first senior appearance for Vasas SC in the 2015 - 2016 season, the gifted Forward has contributed 8 league goals in the Nemzeti Bajnokság I 2021 - 2022 season so far in 12 appearances.

While we have made these predictions for Paksi SE v Puskás Akadémia for this match preview with the best of intentions, no profits are guaranteed. Always gamble responsibly, and with what you can afford to lose. Best of luck.