Our full set of predictions, statistics and match poll for Videoton FC v Paksi SE can be seen below - plus the latest match odds.

Videoton FC head into this match coming off the back of a 1-1 Nemzeti Bajnokság I drawn result versus Újpest FC.

The only player to score from Videoton FC was Nemanja Nikolić (62'). Yohan Croizet (15') was the scorer for Újpest FC.

Videoton FC haven’t had any problems with scoring, finding the back of the net every time they’ve gone out to play in their last 6 games.

They have hit an aggregate of 11 during that time while seeing the number of goals scored against them stand at 5. It will be interesting to see whether or not that trend can be sustained here.

Coming into this fixture, Videoton FC are unbeaten in their last 3 league matches at home.

Since tasting defeat last time out to Kisvárda in Nemzeti Bajnokság I action, Paksi SE will be aiming to make amends here.

The stats tell the story, and Paksi SE have been scored against in 5 of their last 6 games, seeing opposing sides hit 11 goals overall. At the back, Paksi SE have not been doing too well.

Checking on their prior head-to-head clashes stretching back to 30/05/2020 shows us that Videoton FC have won 1 of these games and Paksi SE 2, with the tally of drawn matches being 3.

A combined total of 15 goals were produced between them in this period, with 7 of them from Vidi and 8 created by Atomcsapat. That’s an average goals per game figure of 2.5.

The last league meeting between these sides was Nemzeti Bajnokság I match day 22 on 25/02/2022 which ended up with the score at Paksi SE 3-2 Videoton FC.

The Videoton FC boss Michael Boris has zero fitness worries whatsoever coming into this game with a fully injury-free squad available to choose from.

With a completely injury-free squad to choose from, the Paksi SE boss György Bognár doesn’t have any fitness concerns at all before this game.

Our assessment is that Paksi SE are certainly able to find the back of the net against this Videoton FC side, however that possibly won’t quite be enough to avoid defeat.

We think that it’s going to be a close game with a 2-1 winning margin for Videoton FC at the end of the match. It will be interesting to see how this one goes. 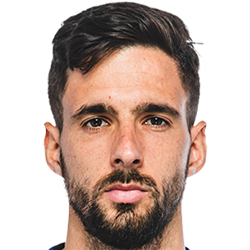 Normally taking up the Striker position, Kenan Kodro was born in San Sebastián, Spain. After making a first senior appearance for Osasuna in the 2014 - 2015 season, the dangerous Forward has managed 14 league goals in the Nemzeti Bajnokság I 2021 - 2022 campaign to date coming from a total of 26 appearances.

While we have made these predictions for Videoton FC v Paksi SE for this match preview with the best of intentions, no profits are guaranteed. Always gamble responsibly, and with what you can afford to lose. Good luck if you do place a bet today.