Return to this page a few days before the scheduled game when this expired prediction will be updated with our full preview and tips for the next match between these teams.
Full-Time Result Prediction for Palmeiras vs Atlético Mineiro
Palmeiras to Win

Our assessment is that Palmeiras will probably be able to score a couple when they line up against Atlético Mineiro, who might well find it a difficult task to find the back of the net. Our tip is for a controlled 2-0 winning score for Palmeiras when all’s said and done. Our predictions, user poll and statistics for Palmeiras v Atlético Mineiro can be found here - along with the latest match odds.

Taking a look at their past results, Atlético Mineiro:

Looking at the pre-match facts, Palmeiras : 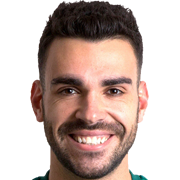 Typically used in the Centre Midfield position, Bruno Henrique was born in Curitiba, Brazil. Having made his senior debut playing for Portuguesa in the 2013 season, the dangerous Midfielder has scored a sum of 7 league goals in this Série A 2019 campaign so far in 20 appearances.

While we have made these predictions for Palmeiras v Atlético Mineiro for this match preview with the best of intentions, no profits are guaranteed. Always gamble responsibly, and with what you can afford to lose.