Their next Copa do Brasil fixture sees São Paulo doing battle with Palmeiras on Thursday.

Scroll down for all of our predictions, poll and stats for the São Paulo v Palmeiras game (inc. the best betting odds).

São Paulo will be hoping to bounce back here following the 1-2 Serie A defeat in their last game at the hands of Palmeiras.

Fewer than three goals per game were scored during 5 of the past 6 meetings where São Paulo have been involved. With regard to the goal weighting in this period, opposing sides scored an aggregate of 5 while São Paulo managed a tally of 6. That sort of pattern might not be carried forward here, though.

A run of outstanding showings by the Palmeiras defence has seen their ‘goals against’ tally amounting to 3 from their previous 6 fixtures overall. During the same period of time, their forwards have scored 15.

Looking over their prior head to head clashes stretching back to 10/10/2020 tells us that São Paulo have won 2 of them & Palmeiras 1, with the number of drawn matches standing at 3.

An aggregate of 11 goals were shared by the two clubs during those clashes, with 6 of them from Tricolor Paulista and 5 netted by Verdão. That’s an average goals per game figure of 1.83.

In that match, Palmeiras managed 56% possession and 16 attempts on goal with 4 of them on target.

Owing to an otherwise available squad, there is only the one fitness worry for the Palmeiras gaffer Abel Ferreira to be concerned about. Henri (Tibia and Fibula Fracture) won’t be in action.

Our thinking is that Palmeiras and São Paulo could well end up finding themselves level here, with both teams capable of netting.

A draw looks like a realistic possibility, but we’ll see what happens. We therefore see a very close game with a 1-1 scoreline at the end of the match. 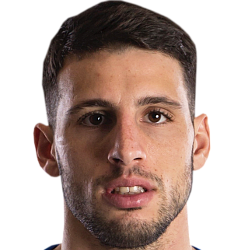 Generally taking to the field in the Striker position, Jonathan Calleri was born in Buenos Aires, Argentina. Having made his senior debut playing for All Boys in the 2013 - 2014 season, the accomplished Forward has contributed 9 league goals in the Série A 2022 campaign to date in a total of 12 appearances.

We have made these São Paulo v Palmeiras predictions for this match preview with the best intentions, but no profits are guaranteed. Please always gamble responsibly, only with money that you can afford to lose. Good luck if you do place a bet today.