The Super League game at Panthessaliko Stadium on Saturday will see home side Volos playing Panetolikos.

Our tips, poll and stats for Volos v Panetolikos can all be found here - along with the latest match odds.

Volos will be looking for an improved result here following the 3-0 Super League defeat last time out to Aris FC.

A recurring theme in more recent Volos games is the number of results with a nil in them.

Taking their prior sextet of clashes before this one, in as many as 6 of them a wager on BTTS would have been a loser.

Their prior results show that Volos:

It is worth noting that Panetolikos have suffered from a lack of goals in their past six games, contributing the unsatisfactory return of just 4. In those matches, The Canaries have also seen the collective goal tally of their opponents equal 12. Previous results aside, we’ll just have to find out whether such a trend will persist here in this match or not.

Checking out their prior head to head duels going back to 07/03/2021, it’s been all-even between these two clubs with Volos winning 2 of those games, Panetolikos 2 and 2 being drawn in regulation time.

A sum of 13 goals were yielded between them in this period, with 7 of them for Volos and 6 belonging to The Canaries. This gives an average number of goals per game equal to 2.17.

The last league fixture featuring the two was Super League match day 7 on 08/10/2022 when it ended Panetolikos 2-3 Volos.

On that occasion, Panetolikos managed 31% possession and 7 shots at goal with 5 of them on target. The goals were scored by Levan Shengelia (4') and Nadrey Dago (16').

The match was refereed by Konstantinos Katikos.

Thanks to a largely available group of players, there is only the lone fitness worry for the Panetolikos gaffer Giannis Anastasiou to contend with. Michalis Bakakis (Cruciate Ligament Rupture) won’t be playing here. The players who will not be able to play in this game through being suspended are Sebastian Mladen and Levan Shengelia.

We’re inclined to think that Panetolikos have enough to score a goal against this Volos side, however it probably shouldn’t prevent them from conceding a couple at the other end.

We’re predicting both teams to score in a 2-1 winning score for Volos by the conclusion of the game. It’s a very tough call. 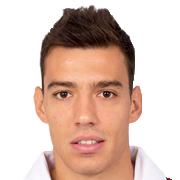 Usually used in the Left Wing position, Miloš Deletić was born in Belgrade, Serbia. After making a first senior appearance for Larissa in the 2016 - 2017 season, the dangerous Forward has struck 5 league goals in the Super League 2022 - 2023 season to date in a total of 19 appearances.

We have made these Volos v Panetolikos predictions for this match preview with the best intentions, but no profits are guaranteed. Please always gamble responsibly, only with money that you can afford to lose. Good luck with your selections.