Panetolikos are the guests at Toumba Stadium on Wednesday for the Super League showdown with home team PAOK.

Our tips, poll and stats for PAOK v Panetolikos can all be found here - as well as the best betting odds.

PAOK prepare for this game coming off the back of a 0-0 Super League tied result against Panetolikos.

Matches with PAOK have usually been absorbing encounters recently with plenty of scoring being a real hallmark. Over their past six clashes, the sum total of 20 goals have been scored for both sides combined (at an average of 3.33 goals per game) with 13 of those belonging to PAOK.

Leading up to this clash, PAOK:

The numbers tell their own story, and Panetolikos have been scored against in 5 of their last 6 games, seeing their opponents hit 7 goals in all. Defensively, Panetolikos have seen their frailties exposed. Nevertheless, it remains to be seen if the trend might be replicated here in this game.

Going into this one, Panetolikos have not beaten PAOK when they have played them away from home in the previous 6 league games. They really have not been travelling well at all.

An examination of their past head to head results stretching back to 16/03/2019 reveals that these encounters have been pretty painful for Panetolikos. They’ve not managed to register any victories whatsoever whereas PAOK have simply been better than them, finishing as winners in 100 per cent of those match-ups.

A sum of 21 goals were shared by the two clubs in these games, with 17 of them for Dikefalos tou Vorra and 4 coming from The Canaries. This gives an average number of goals per game equal to 3.5.

The previous league contest between the two was Super League match day 3 on 22/09/2021 when it finished Panetolikos 1-2 PAOK.

On that occasion, Panetolikos had 45% possession and 10 attempts at goal with 4 of them on target. Their only player on the scoresheet was Jorge Luis Díaz (59').

For their opponents, PAOK got 7 attempts on goal with 6 of them on target. Alexandru Mitriţă (32') and Sidcley (80') scored.

The referee was Stefanos Koubarakis.

We believe that PAOK look likely to be able to score a couple when they play Panetolikos, who may well struggle to find the back of the net.

We’re therefore expecting to see a controlled 2-0 victory for PAOK at the end of the match. 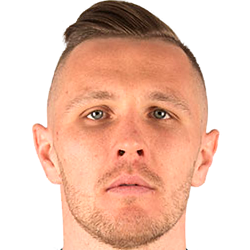 Customarily used in the Central Attacking Midfielder position, Jasmin Kurtić was born in Crnomelj, Slovenia. Having played his first senior match for Palermo in the 2010 - 2011 season, the dangerous Midfielder has managed to score 9 league goals in this Super League 2021 - 2022 season to date in a total of 13 appearances.

We have made these PAOK v Panetolikos predictions for this match preview with the best intentions, but no profits are guaranteed. Please always gamble responsibly, only with money that you can afford to lose. Best of luck with your selections.