Full predictions, pre-match stats and user poll for PSV Eindhoven v PAOK are shown on this page - along with the latest match odds.

PSV Eindhoven will play in this match following on from a 1-1 Eredivisie drawn result versus FC Twente.

The only player to score from PSV Eindhoven was Donyell Malen (8'). Danilo Pereira (63') scored for FC Twente.

Fixtures with PSV Eindhoven have proved to be lively affairs lately with high scoring being the norm. Over their past six clashes alone, a grand total of 20 goals have been recorded for both sides combined (at an average of 3.33 goals per game) with 12 of those coming from Rood-witten. That kind of pattern isn’t assured to be continued into this match, however.

PAOK will come into the meeting following on from a 2-1 Super League win with the downing of PAS Giannina in their most recent game.

The numbers tell their own story, and PAOK have been scored against in 5 of their last 6 matches, with opponents netting 5 goals overall. In defence, Dikefalos tou Vorra can certainly do much better.

The last league fixture between the two was Europa League match day 3 on 05/11/2020 which ended up with the score at PAOK 4-1 PSV Eindhoven.

At the other end, PSV Eindhoven had 5 shots at goal with 2 on target. Eran Zahavi (20') was the scorer.

The match was refereed by Daniel Stefanski.

Thanks to a largely full-strength group of players, there’s only the one fitness worry for the PAOK gaffer Pablo García to be concerned about. Dimitrios Giannoulis (Pulled hamstring at the adductors) misses out for this game.

We believe that PAOK will manage to breach the defence of this PSV Eindhoven side, although it probably won’t quite prevent them from conceding a couple at the other end.

We’re tipping a 2-1 win for PSV Eindhoven when the full-time whistle blows. It really should be an interesting one. 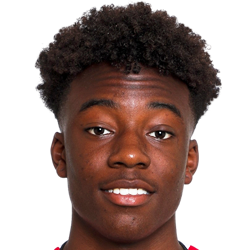 Customarily taking up the Central Attacking Midfielder position, Nonso Madueke was born in England. After having made a senior debut playing for Jong PSV in the 2019 - 2020 season, the goalscoring Midfielder has scored 4 league goals in the Eredivisie 2020 - 2021 season so far from a total of 8 appearances.

While we have made these predictions for PSV Eindhoven v PAOK for this match preview with the best of intentions, no profits are guaranteed. Always gamble responsibly, and with what you can afford to lose. Best of luck.