The First League clash at Ďolíček Stadion on Saturday sees hosts Pardubice take to the field against Sigma Olomouc.

Pardubice will be looking for a repeat result of a 1-2 First League triumph over Teplice.

Fixtures with Pardubice have tended to be entertaining ones recently with a lot of goalmouth action expected. Over their past six clashes, the sum of 20 goals have been scored for both teams combined (at an average of 3.33 goals per game) with 6 of these being chalked up by Pardubice.

Coming into this fixture, Pardubice are without a home win in the past 5 matches in the league. Their fans aren't happy.

In their last fixture, Sigma Olomouc drew 2-2 in the First League match with Hradec Králové.

It has become apparent that Sigma Olomouc have struggled for goals over their previous 6 clashes, netting the disappointing return of only 4. In those fixtures, Hanáci have also seen the overall goal aggregate of opposing teams equal 8. Let’s find out if that trend will end up being continued on into this next match.

The previous league clash between these sides was First League match day 2 on 31/07/2021 when the final score was Sigma Olomouc 3-2 Pardubice.

The Pardubice boss Jaroslav Novotný doesn’t have any fitness worries to speak of before this match with a completely injury-free group available to select from.

With a fully healthy group available for selection, the Sigma Olomouc manager Václav Jílek doesn’t have any fitness worries to speak of coming into this game.

We’ll see, but this could easily end up all-square. That’s why our selection here is for a tight encounter, finishing with a 0-0 draw by the conclusion of this game. 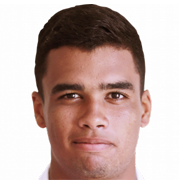 Mostly used in the Right Attacking Midfielder position, Cadu was born in Salvador, Brazil. Having made a first senior appearance for Pardubice in the 2020 - 2021 season, the accomplished Midfielder has scored 2 league goals in the First League 2021 - 2022 campaign to date in 14 appearances.

While we have made these predictions for Pardubice v Sigma Olomouc for this match preview with the best of intentions, no profits are guaranteed. Always gamble responsibly, and with what you can afford to lose. Good luck!