Full predictions, pre-match stats and user poll for Teplice v Pardubice are shown on this page (plus the best game odds).

Teplice prepare for this fixture coming off the back of a 2-2 First League tied result against Karviná.

It’s not been often in recent games that Teplice haven’t conceded. In fact, Teplice have failed to prevent opponents from scoring in 6 of their previous 6 games, letting in 11 goals during that time. Let’s find out whether or not that trend will end up being sustained into this next match.

In their last game, Pardubice drew 1-1 in the First League match with Tescoma Zlín.

Coming into this clash, Pardubice are unbeaten in their previous 2 league matches away from home.

The last league match between the two was First League match day 29 on 17/04/2022 and the score finished Pardubice 2-0 Teplice.

At the other end, Teplice got 4 attempts on goal with 2 of them on target.

The referee was Tomáš Klíma.

The Teplice manager Jiří Jarošík will be grateful to have no fitness worries at all ahead of this game with a completely healthy group ready to go.

Due to a completely injury-free group available for selection, the Pardubice boss Jaroslav Novotný has no fitness concerns whatsoever before this clash.

It seems to us that Pardubice and Teplice may well end up cancelling each other out here.

We’ll see, but this looks like it could end up all-square. We’re therefore tipping a very even match with a 1-1 draw when the referee blows the full-time whistle. 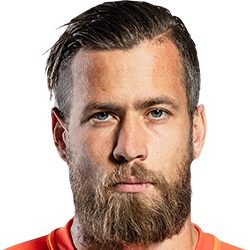 Typically played in the Striker position, Jakub Mareš was born in Czech Republic. Having played his first senior match for Teplice in the 2004 - 2005 season, the goalscoring Forward has managed to score 4 league goals in the First League 2021 - 2022 season so far coming from a total of 19 appearances.

While we have made these predictions for Teplice v Pardubice for this match preview with the best of intentions, no profits are guaranteed. Always gamble responsibly, and with what you can afford to lose. We wish you the best of luck.