Return to this page a few days before the scheduled game when this expired prediction will be updated with our full preview and tips for the next match between these teams.
Full-Time Result Prediction
👉
Pardubice to Win

Full predictions, pre-match stats and user poll for Pardubice v Tescoma Zlín are shown on this page (including the best match odds).

Pardubice fans will want a repeat of their previous result, being a 2-0 First League victory over Karviná.

A common theme in recent Pardubice games is the number of results with a nil in them.

From their previous 6 matches before this one, in as many as 5 of them a bet on "Both Teams to Score" would've been a loser.

Looking at their past form shows that Pardubice:

Following on from being beaten in their last game against Bohemians 1905 in First League competition, Tescoma Zlín will be hoping to turn things around here.

Looking at their form, and Tescoma Zlín have been scored against in 5 of their last 6 matches, conceding 11 goals in all. In defence, Tescoma Zlín have seen their frailties exposed. We shall soon find out whether or not that trend will end up being sustained here.

The last league clash between these clubs was First League match day 26 on 19/03/2022 when it ended Tescoma Zlín 4-1 Pardubice.

The Pardubice manager Jaroslav Novotný will be happy not to have any fitness worries whatsoever coming into this clash owing to a completely injury-free group available to choose from.

Due to a fully healthy squad ready to go, the Tescoma Zlín manager Marek Kalivoda has zero fitness worries whatsoever ahead of this match.

We’re of the opinion that Tescoma Zlín should be able to break down this Pardubice outfit, but it possibly won’t be as many as they’ll concede.

We’re expecting both teams to score in a 2-1 winning margin for Pardubice at full-time. Definitely a tough call. 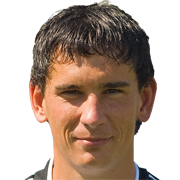 Regularly taking up the Striker position, Pavel Černý was born in Nové Město nad Metují, Czech Republic. Having made his senior debut playing for Hradec Králové in the 2001 - 2002 season, the accomplished Forward has got 4 league goals in the First League 2021 - 2022 season to date in a total of 28 appearances.

While we have made these predictions for Pardubice v Tescoma Zlín for this match preview with the best of intentions, no profits are guaranteed. Always gamble responsibly, and with what you can afford to lose. Best of luck.