Full predictions, pre-match stats and user poll for Paris FC v Pau FC are shown on this page (plus the best game odds).

Paris FC, buoyed by their previous result, will be hoping for more of the same after a 3-0 Ligue 2 victory against Havre AC.

René Girard's Paris FC have hit the back of the net a sum total of 11 times over their past six outings. The tally of goals that have been scored against them in that same time stands at 5.

In the game prior to this, Pau FC drew 1-1 in the Ligue 2 tie with AS Nancy Lorraine.

Souleymane Karamoko (40' Own goal) and Yanis Barka (86') scored for AS Nancy Lorraine.

In 5 of the prior six clashes involving Pau FC, a comparatively low number of goals have been struck between them and opposing sides. The overall average number of goals per game during that period is just 1.67, with the average goals for Pau FC standing at 0.33.

Paris FC manager René Girard has zero fitness concerns at all before this clash with a fully injury-free group available to select from.

With a completely healthy group available to select from, Pau FC manager Didier Tholot doesn’t have any fitness worries whatsoever coming into this match.

We feel that Pau FC will need to put in a solid display to break down this Paris FC lineup who will likely be able to grind out a win.

We therefore see a very competitive encounter with a 1-0 win for Paris FC at the end of this one.

Over/Under 2.5 Goals Prediction for Paris FC vs Pau FC
Under 2.5 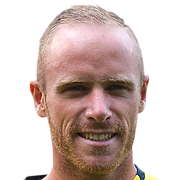 Mostly taking to the field in the Central Attacking Midfielder position, Florian Martin was born in Lorient, France. After having played his first senior match for Niort in the 2013 - 2014 season, the gifted Midfielder has contributed 3 league goals in this Ligue 2 2020 - 2021 campaign to date from a total of 5 appearances.

We have made these Paris FC v Pau FC predictions for this match preview with the best intentions, but no profits are guaranteed. Please always gamble responsibly, only with money that you can afford to lose. Good luck!