PSG will be hosting away team Brest at Parc des Princes in this Ligue 1 game on Saturday.

Scroll down for all of our predictions, poll and stats for the Paris Saint-Germain v Brest game - as well as the best betting odds.

PSG head into this match coming off the back of a 1-1 Ligue 1 stalemate versus Lyon.

Their latest results shine a light on the fact that quality has been evident in the Paris Saint-Germain backline. Paris Saint-Germain have given the opposition little, with the number of goals that have gone past their goalkeeper over the course of their past six matches standing at 3. We will just have to find out whether or not that trend will be continued on into this next match.

Going into this encounter, Paris Saint-Germain are undefeated in their previous 12 league matches at home. A very good run at home.

Following on from being beaten in their last game against Nice in Ligue 1 action, Brest and their travelling fans will hope for a better result here.

Michel Der Zakarian's Brest have seen their efforts on goal rewarded a total of 6 times throughout their previous sextet of matches. The aggregate of goals that they have conceded during the equivalent period adds up to 9.

Coming into this contest, Brest have not been beaten in their last 5 league matches away from home.

A quick look at past results between these clubs stretching back to 18/05/2013 shows that these encounters have not been happy ones for Brest. They’ve not managed to register any victories whatsoever while PSG have maintained the edge over them, winning in 100 per cent of those ties.

21 goals were shared by the two clubs in this period, with 17 from Les Rouge-et-Bleu and 4 created by Les Ty' Zefs. The average goals per game has been 3.5.

The last league contest featuring these clubs was Ligue 1 match day 3 on 20/08/2021 when it finished Brest 2-4 Paris Saint-Germain.

From a largely healthy group, there is just a single fitness issue for the Brest gaffer Michel Der Zakarian to be concerned about. Sébastien Cibois (Achilles tendon rupture) misses out for this game.

We’ve got the feeling that Paris Saint-Germain should be able to create a decent number of chances and shots on target.

At the other end, Brest won’t find it easy finding the net themselves but we can see them scoring here as well. 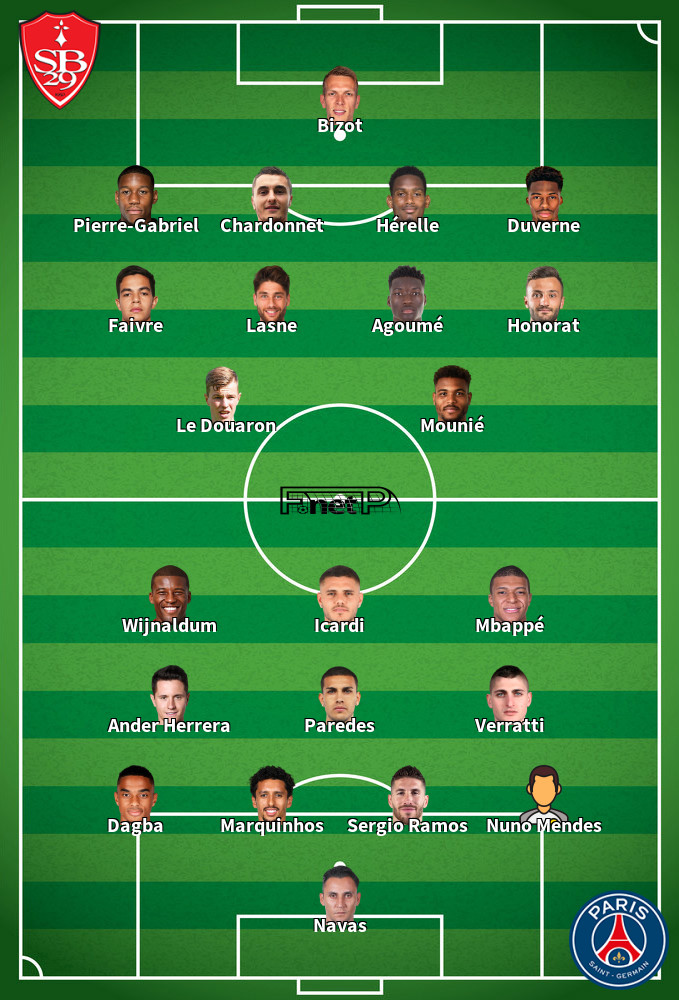 Mostly played in the Centre Midfield position, Ander Herrera was born in Bilbao, Spain. Having made his senior debut playing for Real Zaragoza in the 2008 - 2009 season, the goalscoring Midfielder has contributed 3 league goals in this Ligue 1 2021 - 2022 season so far coming from a total of 15 appearances.

While we have made these predictions for Paris Saint-Germain v Brest for this match preview with the best of intentions, no profits are guaranteed. Always gamble responsibly, and with what you can afford to lose. Good luck if you do place a bet today.