PSG will be the visitors at Roazhon Park on Sunday for the Ligue 1 showdown with home side Rennes.

Our Rennes v PSG tips, poll and stats can be seen in full below (inc. the best betting odds).

Rennes will be hoping to return to winning ways here following the 1-0 Ligue 1 defeat in their last game at the hands of Girondins de Bordeaux.

Bruno Génésio's Rennes have found the net a sum total of 14 times over their preceding 6 outings. The corresponding number of goals that have been scored against them in those games is 5.

Coming into this contest, Rennes are undefeated in their last 3 home league matches.

After being beaten in their last game against Manchester City in Champions League action, PSG will be aiming to make amends here.

The numbers tell their own story, and PSG have been scored against in 5 of their last 6 games, seeing their opponents hit 8 goals in all. Defensively, Les Rouge-et-Bleu can certainly do much better. We shall soon see if that trend will be sustained in this game.

Heading into this contest, Paris Saint-Germain are undefeated in their last 6 league matches away from home.

Looking at their most recent head-to-head meetings dating back to 12/05/2018 tells us that Rennes have won 2 of these games and PSG 3, with the tally of drawn results standing at 1.

A sum of 21 goals were scored between the two sides throughout the course of those matches, with 8 from Rennes and 13 coming from Les Rouge-et-Bleu. That’s an average goals per game of 3.5.

The last league meeting featuring these clubs was Ligue 1 match day 10 on 07/11/2020 which finished with the scoreline of Paris Saint-Germain 3-0 Rennes.

For their opponents, Rennes had 16 attempts on goal with 4 of them on target.

It’s a low absenteeism rate, with just the sole fitness concern for the Rennes manager Bruno Génésio to contend with from of an almost fully healthy squad. Jonas Martin (Surgery) misses out.

We’re inclined to think that Rennes will surely be able to score a goal against this PSG lineup, however a single goal possibly won’t quite be enough.

Therefore, we’re predicting a 1-2 winning margin for PSG by the conclusion of the game. It should be a decent one. 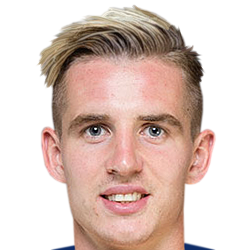 Customarily deployed in the Centre Midfield position, Benjamin Bourigeaud was born in Calais, France. After making a first senior appearance for RC Lens in the 2013 - 2014 season, the skilful Midfielder has bagged 5 league goals in this Ligue 1 2020 - 2021 campaign to date from a total of 34 appearances.

We have made these Rennes v PSG predictions for this match preview with the best intentions, but no profits are guaranteed. Please always gamble responsibly, only with money that you can afford to lose. Best of luck.