Torino will be facing away team Parma at Stadio Olimpico Grande Torino in the Serie A clash on Monday.

Our predictions, user poll and statistics for Torino v Parma can be found here - along with the latest match odds.

Torino will be hoping to bounce back here following a 0-2 Serie A defeat in their last game at the hands of SSC Napoli.

In that match, Torino had 47% possession and 15 attempts at goal with 5 of them on target. On the other side, SSC Napoli got 25 shots on goal with 7 on target. Tiemoué Bakayoko (11') and Victor Osimhen (13') scored for SSC Napoli.

It has not been often in recent games where Torino haven’t conceded. In fact, Il Toro have seen their defence breached in 5 of their previous 6 games, leaking 7 goals during that time. Regardless, it remains to be seen if the trend shall be replicated in this next match or not.

Heading into this fixture, Torino haven't lost in the league to Parma in their previous 2 matches.

After a loss in their previous game against Crotone in Serie A competition, Parma and their travelling fans will hope for a better result here.

Indicating their predisposition for eventful matches, goals have been celebrated 29 times in the prior 6 matches in which Parma have taken to the field, yielding an average of 4.83 goals per clash. Their opponents have managed 18 from this total.

Looking at the statistics for their head to head meetings going back to 22/03/2015, there has been little to separate the clubs with Torino winning 2 of those games, Parma 2 and 2 being drawn after 90 minutes of play.

15 goals were yielded between them in these games, with 9 for Il Toro and 6 belonging to I Crociati. That is an average goals per game value of 2.5.

The last league encounter featuring these clubs was Serie A match day 15 on 03/01/2021 and the score finished Parma 0-3 Torino.

On that occasion, Parma had 56% possession and 15 shots at goal with 4 on target.

Torino manager Davide Nicola will be thankful to have no fitness concerns to speak of before this clash thanks to a fully healthy group ready to go. The players ineligible for this match because of suspension are Simone Verdi and Rolando Mandragora.

It’s looking like Parma will surely find it tough to find the back of the net against a Torino lineup who seem set to win well here.

We’re therefore predicting a comprehensive 3-0 winning scoreline for Torino when the referee blows the final whistle. 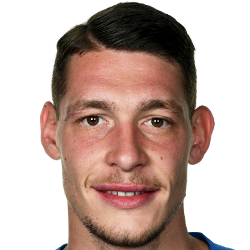 Mostly playing in the Striker position, Andrea Belotti was born in Italy. After making a first senior appearance for U.C. AlbinoLeffe in the 2011 - 2012 season, the goalscoring Forward has struck 12 league goals in this Serie A 2020 - 2021 campaign so far in 30 appearances.

While we have made these predictions for Torino v Parma for this match preview with the best of intentions, no profits are guaranteed. Always gamble responsibly, and with what you can afford to lose. Best of luck with your selections.