The Serie A match at Stadio Ennio Tardini on Sunday sees home side Parma welcome Udinese.

Our Parma v Udinese tips, poll and stats can be seen in full below - along with the latest match odds.

Parma will be looking to improve on their last outing here following the 2-1 Serie A defeat in their last game at the hands of Hellas Verona.

Parma have found it difficult to unlock defences of late. Their ‘goals for’ figure stands at just 3 vs opposition teams during their previous 6 outings. In those games, I Crociati have also seen the tally of goals against them come to 12.

Going into this contest, Parma have not won at home in their last 9 league matches. Something needs to change.

Since a losing effort in their last game against Roma in Serie A action, Udinese and their travelling fans will hope for a better result here.

Throughout their six latest matches, Luca Gotti's Udinese have turned their attacks into goals a total of 5 times therefore giving them the goals scored per game average of 0.83.

Going into this contest, Udinese have not beaten Parma in away games against them for the last 4 league matches. Not good at all.

Inspecting their most recent head to head clashes going back to 08/04/2015 tells us that Parma have won 4 of these & Udinese 1, with the tally of drawn games being 1.

An aggregate of 19 goals were scored between them during those clashes, with 12 from I Crociati and 7 being from Bianconeri Friuliani. That’s an average goals per game figure of 3.17.

The previous league fixture between the two was Serie A match day 4 on 18/10/2020 and the score finished Udinese 3-2 Parma.

Our thinking is that Parma will have to perform well to hit the back of the net against this Udinese outfit who we think will end up scoring and staying ahead. 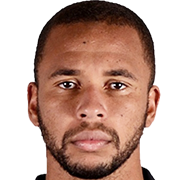 Regularly played in the Centre Midfield position, Hernani was born in São Gonçalo do sapucai, Brazil. Having made his senior debut playing for Atletico PR in the 2014 season, the talented Midfielder has managed to score 3 league goals in this Serie A 2020 - 2021 campaign so far coming from a total of 19 appearances.

While we have made these predictions for Parma v Udinese for this match preview with the best of intentions, no profits are guaranteed. Always gamble responsibly, and with what you can afford to lose. Best of luck.