The Superliga game at Estadio Presbítero Bartolomé Grella on Saturday sees home side Patronato take to the field against Racing Club.

Our tips, poll and stats for Patronato v Racing Club can all be found here - plus the latest betting odds.

Patronato will play in this game after a 0-0 Superliga draw against Platense.

Patronato have struggled with their forward play of late. Their sum of goals equals just 2 vs opponents over their previous 6 outings. In those games, Patronato have also seen the tally of goals that have gone against them come to 8. Such a pattern isn’t assured to be carried forward into this next game, though.

Going into this encounter, Patronato are without a win at home for the past 3 league games.

In their last fixture, Racing Club drew 1-1 in the Superliga match with Estudiantes de La Plata.

For 5 of the previous 6 clashes featuring Racing Club, a relatively low number of goals have been scored between them and opposing sides. The overall average goals scored per game within that spell works out to a meagre 1.5, with the average goals for La Academia equalling 0.5.

The previous league fixture between these sides was Superliga match day 12 on 03/11/2019 which ended up with the score at Patronato 1-1 Racing Club.

On that day, Patronato managed 31% possession and 8 shots on goal with 1 on target. Their only player to score was Díaz (72').

On the other side, Racing Club got 19 attempts at goal with 6 on target. Nicolás Reniero (40') was the scorer.

The referee was Facundo Tello.

The Patronato manager Iván Delfino has zero fitness concerns at all before this game with a completely injury-free group available to choose from.

We are of the inclination to think that Racing Club and Patronato should both be able to find the back of the net here although it’s difficult to select a clear winner.

There should be little in it, and a draw looks to be quite a realistic result. We’re therefore seeing a tight encounter, finishing with a 1-1 score when all is said and done. 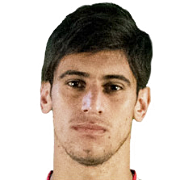 Usually deployed in the Striker position, Sebastián Sosa was born in Melo, Uruguay. After having played his first senior match for Querétaro FC in the 2020 - 2021 season, the gifted Forward has bagged 3 league goals in this Superliga 2021 campaign to date in 13 appearances.

While we have made these predictions for Patronato v Racing Club for this match preview with the best of intentions, no profits are guaranteed. Always gamble responsibly, and with what you can afford to lose. We wish you the best of luck.