Return to this page a few days before the scheduled game when this expired prediction will be updated with our full preview and tips for the next match between these teams.
Full-Time Result Prediction
👉
Unión de Santa Fe to Win

Unión de Santa Fe, buoyed by their previous result, will be hoping for more of the same after the 1-3 Copa de la Liga Profesional triumph over Aldosivi.

Matches involving Unión de Santa Fe have often been entertaining affairs lately with high scoring the rule rather than the exception. Over their past 6 clashes, a grand total of 23 goals have gone in for both sides combined (at an average of 3.83 goals per game) with 11 of them coming from El Tatengue. Such a trend might not be carried forward into this next game, of course.

In their last fixture, Patronato drew 1-1 in the Copa de la Liga Profesional tie with Lanús.

It has become apparent that Patronato have suffered from a lack of goals over their last 6 encounters, netting the poor return of only 2. In those fixtures, El Patrón have also seen the collective goal aggregate of their opponents equal 9.

Unión de Santa Fe manager Juan Azconzábal has a full complement, with no fitness worries at all coming into this match owing to a fully healthy group to pick from.

With a fully injury-free group ready to go, Patronato boss Gabriel Graciani has zero fitness worries to report ahead of this clash.

We believe that Unión de Santa Fe have it within them to have the majority of the possession and should be able to turn a few of their chances into goals.

However, Patronato will be up against it to score but we do think it’s quite likely that they will be pulling one back during this clash.

We therefore think that it’s going to be a fairly comfortable 3-1 winning score for Unión de Santa Fe at full-time. 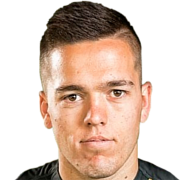 Mostly deployed in the Striker position, Franco Troyansky was born in Argentina. After having played his first senior match for Olimpo in the 2016 - 2017 season, the accomplished Forward has struck 4 league goals in the Superliga 2019 - 2020 campaign to date coming from a total of 22 appearances.

While we have made these predictions for Unión de Santa Fe v Patronato for this match preview with the best of intentions, no profits are guaranteed. Always gamble responsibly, and with what you can afford to lose. Good luck if you do place a bet today.