Return to this page a few days before the scheduled game when this expired prediction will be updated with our full preview and tips for the next match between these teams.
Full-Time Result Prediction for Perth Glory vs Adelaide United
Perth Glory to Win
The A-League meeting at HBF Park on Saturday sees hosts Perth Glory play Adelaide United.

Adelaide United may well find it hard to score against this Perth Glory side who we think should end up scoring and staying ahead. We therefore fancy a very competitive game with a 1-0 win for Perth Glory at the end of this game. It should be a good one. All Perth Glory v Adelaide United match predictions, user poll and stats are shown below - along with the latest match odds.

Going into this game, the form guide shows that Adelaide United:

Taking a look at their past results, Perth Glory: 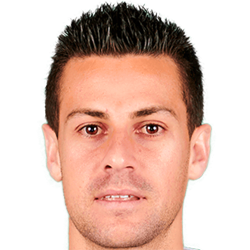 Normally used in the Striker position, Joel Chianese was born in Sydney, Australia. Having made a first senior appearance for Sydney FC in the 2011 - 2012 season, the goalscoring Forward has contributed 2 league goals in this A-League 2019 - 2020 campaign to date in a total of 10 appearances.

While we have made these predictions for Perth Glory v Adelaide United for this match preview with the best of intentions, no profits are guaranteed. Always gamble responsibly, and with what you can afford to lose.