Perth Glory will arrive at Leichhardt Oval on Wednesday for the A-League tie with home side Sydney FC.

For all of our match predictions, pre-game poll and statistics for Sydney FC v Perth Glory, scroll down including the latest game odds.

Sydney FC will be looking for a repeat result of a 0-3 A-League victory over Melbourne Victory.

In that match, Sydney FC had 64% possession and 23 attempts on goal with 9 on target. For Sydney FC, the goalscorers were Bobô (42'), Kosta Barbarouses (50') and Alexander Baumjohann (84'). On the other side, Melbourne Victory got 5 shots at goal with 3 of them on target.

Their most recent results show that there has been much resilience in the Sydney FC rearguard. The Sky Blues have kept it tight, seeing the number of goals that have gone past their goalkeeper over the course of their last six clashes standing at 4. That trend won’t necessarily be sustained into this next game, though.

Taking a look at their past results, Sydney FC:

After being beaten in their last game against Macarthur FC in A-League competition, Perth Glory will be aiming to make amends here.

The numbers tell their own story, and Perth Glory have been scored against in 6 of their last 6 matches, with opponents netting 12 goals in total. In defence, Glory have some weaknesses to address.

Their past results show that Perth Glory:

Inspecting their most recent head-to-head meetings dating back to 18/04/2019 tells us that Sydney FC have won 3 of them and Perth Glory 0, with the number of draws standing at 3.

A sum of 9 goals were yielded between them during those clashes, with 7 from The Sky Blues and 2 being from Glory. That’s an average goals per game of 1.5.

In that match, Perth Glory had 42% possession and 9 attempts on goal with 4 of them on target. Their only player on the scoresheet was Bruno Fornaroli (43').

The referee was Mohammed Reza Faghani.

Sydney FC boss Steve Corica will be happy not to have any fitness concerns at all before this clash thanks to a completely healthy squad ready to go.

Thanks to a fully injury-free squad available for selection, Perth Glory boss Richard Garcia doesn’t have any fitness concerns to report ahead of this clash.

We’re thinking that Perth Glory are likely to break down this Sydney FC team, however that isn’t expected to be as many as the goals that they could concede.

Our selection here is for a very close game with a 2-1 winning margin for Sydney FC when the full-time whistle blows. We are expecting it to be pretty even. 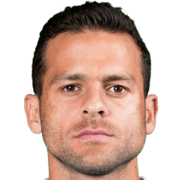 Mostly played in the Striker position, Bobô was born in Gravatá, Brazil. Having made a first senior appearance for Corinthians in the 2003 season, the skilful Forward has struck 3 league goals in this A-League 2020 - 2021 campaign so far in 8 appearances.

While we have made these predictions for Sydney FC v Perth Glory for this match preview with the best of intentions, no profits are guaranteed. Always gamble responsibly, and with what you can afford to lose. Best of luck.