Their upcoming Serie B - Play-offs meeting will see Perugia playing against Pescara on Friday.

For all of our match predictions, pre-game poll and statistics for Perugia v Pescara, scroll down including the latest game odds.

Perugia will be hoping to return to winning ways here after the 2-1 Serie B - Play-offs loss in their previous game against Pescara.

In their last six games, Serse Cosmi's Perugia have seen rewards for their attempts on goal a total of 6 times, an average number of goals per match equal to 1.

Pescara will come into the game after a 2-1 Serie B - Play-offs win to beat Perugia in their previous outing.

The stats tell the story, and Pescara have been scored against in 5 of their last 6 matches, seeing opposing sides hit 5 goals in total. In defence, Delfini seem to have a bit of a soft underbelly. Let’s see if that trend will end up being sustained in this game.

Perugia boss Massimo Oddo does not have any fitness concerns at all before this match thanks to a fully healthy group available to choose from.

Due to a mostly healthy group of players, there is just the lone fitness issue for the Pescara boss Andrea Sottil to be concerned with. Marco Tumminello (Sideband injury) misses out for this game.

In this game, Pescara are likely to score a goal against this Perugia lineup, although that possibly won’t be as many as the goals that they could concede.

Our selection here is for a narrow 2-1 victory for Perugia when all is said and done. Let’s see what happens here.

Both Teams to Score Prediction for Perugia vs Pescara
Yes 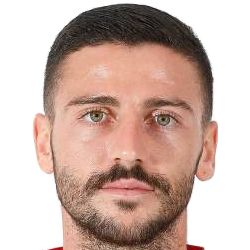 Generally used in the Right Wing position, Cristian Buonaiuto was born in Naples, Italy. After having played his first senior match for Padova in the 2013 - 2014 season, the skilful Forward has netted 4 league goals in the Serie B 2019 - 2020 campaign to date coming from a total of 34 appearances.

While we have made these predictions for Perugia v Pescara for this match preview with the best of intentions, no profits are guaranteed. Always gamble responsibly, and with what you can afford to lose. We wish you the best of luck.