Ternana line up against visitors Perugia at Stadio Libero Liberati in this Serie B fixture on Sunday.

Our Ternana v Perugia tips, poll and stats can be seen in full below (including the best match odds).

Ternana will be looking for a repeat result of the 2-3 Serie B triumph over Parma.

Ternana haven’t been able to stop scoring goals, finding the back of the net every time they’ve gone out to play in their last 6 matches.

They’ve claimed a sum of 9 during that time while seeing the number of goals scored against them stand at 12.

Taking a look at their past results, Ternana:

Perugia will come into the encounter after a 1-0 Serie B win to beat Ascoli in their last fixture.

In that game, Perugia had 32% possession and 15 shots at goal with 5 on target. The scorer for Perugia was Luca Strizzolo (42'). For their opponents, Ascoli had 7 attempts on goal with 2 of them on target.

Throughout their 6 previous matches, Fabrizio Castori's Perugia have found the net a total of 5 times therefore giving them the goals scored per game average of 0.83.

Taking a look at their past results, Perugia:

A glance at their past head-to-head clashes stretching back to 17/09/2016 tells us that Ternana have won 2 of these games & Perugia 1, with the tally of drawn matches being 3.

An aggregate of 13 goals were shared by the two clubs during those clashes, with 7 of them for Ternana and 6 being from Perugia. The average number of goals per game works out to 2.17.

The last league encounter between the two was Serie B match day 37 on 30/04/2022 which ended up with the score at Ternana 1-0 Perugia.

That day, Ternana had 43% possession and 15 shots at goal with 7 on target. Their only player to score was Alfredo Donnarumma (36').

At the other end, Perugia got 11 shots at goal with 3 of them on target.

The Ternana boss Cristiano Lucarelli will be thankful to have no fitness concerns whatsoever coming into this game thanks to a completely healthy squad available for selection.

With a completely injury-free squad to pick from, the Perugia manager Fabrizio Castori has no fitness concerns whatsoever before this match.

We are of the inclination to think that Perugia and Ternana may well both score, with little between these two teams.

We’ll see, but this looks like it could end up all-square. We’re therefore predicting a very close game with a 1-1 score draw at the end of the 90. 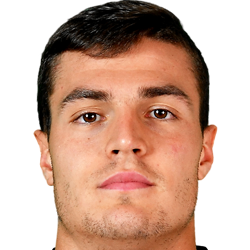 Generally used in the Striker position, Andrea Favilli was born in Italy. After making a first senior appearance for Juventus in the 2015 - 2016 season, the skilful Forward has struck 3 league goals in this Serie B 2022 - 2023 season so far in 4 appearances.

We have made these Ternana v Perugia predictions for this match preview with the best intentions, but no profits are guaranteed. Please always gamble responsibly, only with money that you can afford to lose.