Return to this page a few days before the scheduled game when this expired prediction will be updated with our full preview and tips for the next match between these teams.
Full-Time Result Prediction
👉
Reggiana to Win

Reggiana make the trip to Stadio Adriatico-Giovanni on Tuesday for the Serie B fixture with home team Pescara.

All Pescara v Reggiana match predictions, user poll and stats are shown below - as well as up-to-date odds.

Pescara won’t want a repeat of their last result here following the 3-0 Serie B losing effort in their last game against Cosenza.

It has been seldom in recent times that Pescara haven’t conceded. It will be a concern for them that Delfini have been scored against in 6 of their previous 6 clashes, leaking 8 goals on the way.

Coming into this meeting, Pescara are undefeated in their last 2 home league matches.

Reggiana will go into this encounter following on from a 1-0 Serie B win to defeat Pordenone in their previous game.

In the course of their 6 most recent matches, Massimiliano Alvini's Reggiana have seen their goal attempts be successful a total of 5 times - yielding them the goals per game average of 0.83.

Coming into this fixture, Reggiana haven’t won away from home in the past 5 league matches.

The last league match between these sides was Serie B match day 17 on 04/01/2021 when the final score was Reggiana 0-1 Pescara.

That day, Reggiana managed 66% possession and 15 attempts on goal with 2 on target.

For their opponents, Pescara had 8 shots on goal with 4 on target. Gennaro Scognamiglio (86') was the scorer.

The match was refereed by Francesco Meraviglia.

Reggiana boss Massimiliano Alvini has not got a full squad to pick from. Andrea Costa (Unknown Injury), Lorenzo Del Pinto (Unknown Injury) and Simone Mazzocchi (Cervical spine injury) will not be playing here. Eloge Yao is ineligible for this match because of suspension.

We feel that Pescara will have a tough ask to register a score against this Reggiana outfit who we think might score one, at least.

We’re therefore predicting a good tussle with a 0-1 advantage for Reggiana at the end of this one. 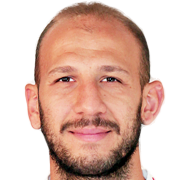 Regularly taking to the field in the Right Wing position, Cristian Galano was born in Foggia, Italy. After making a first senior appearance for AS Bari in the 2008 - 2009 season, the goalscoring Forward has accumulated 4 league goals in the Serie B 2020 - 2021 season to date in 27 appearances.

We have made these Pescara v Reggiana predictions for this match preview with the best intentions, but no profits are guaranteed. Please always gamble responsibly, only with money that you can afford to lose. Good luck!