Pescara will visit Stadio Paolo Mazza on Saturday for the Serie B showdown with hosts SPAL.

Scroll down to see all of the predictions, poll and statistics for SPAL v Pescara (plus the best game odds).

SPAL are hoping to win again after their last result, a 2-0 Serie B victory over Salernitana.

In that match, SPAL managed 57% possession and 17 shots at goal with 4 of them on target. For SPAL, the scorers were Mattia Valoti (6') and Federico Di Francesco (41'). On the other side, Salernitana got 13 attempts on goal with 2 on target.

SPAL have been on a persistent run of goalscoring form, hitting the target in one hundred percent of their last 6 games.

They’ve managed to rack up 11 during that time while seeing the number of goals scored against them stand at 8.

Ahead of this meeting, SPAL are unbeaten in their last 3 league matches at home.

Pescara come into this clash after a 3-1 Serie B win with the downing of Cittadella in their previous outing.

Showing their penchant for action-packed matches, goals have been celebrated 21 times in the previous six matches in which Pescara have taken to the field, giving a mean average of 3.5 goals for each fixture. Their opponents have hit 15 of this grand total. That aside, it remains to be seen whether such a trend shall continue on in this upcoming game.

Coming into this contest, Pescara are without a win away from home in their last 12 matches in the league. A poor run.

SPAL manager Pasquale Marino will be grateful to have no fitness concerns whatsoever ahead of this clash thanks to a completely healthy group available to choose from.

Owing to an otherwise available group of players, there’s only the one fitness worry for the Pescara manager Massimo Oddo to contend with. Mattia Del Favero (Shoulder Injury) won’t be in action.

We’ve got the feeling that SPAL can and should dominate possession and create several successful chances.

In contrast, Pescara will not find it easy to get a goal of their own although we do think it’s probable that they will be pulling one back during this clash.

We’re therefore expecting to see a comfortable 3-1 win for SPAL by the time that the referee blows the final whistle. 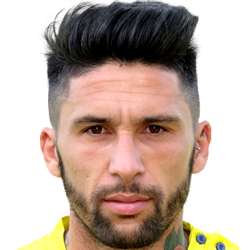 Normally used in the Centre Midfield position, Lucas Castro was born in Argentina. After having made a senior debut playing for Gimna ' Plata in the 2009 - 2010 season, the accomplished Midfielder has bagged 3 league goals in this Serie B 2020 - 2021 campaign to date coming from a total of 4 appearances.

We have made these SPAL v Pescara predictions for this match preview with the best intentions, but no profits are guaranteed. Please always gamble responsibly, only with money that you can afford to lose. Best of luck.