Piast Gliwice are hoping to win again after their last result, a 0-1 Ekstraklasa victory vs Górnik Zabrze.

Waldemar Fornalik's Piast Gliwice have hit the back of the net a sum total of 10 times in their last 6 outings. The corresponding tally of goals that have been scored against them in that time stands at 8.

Since suffering a loss in their previous game against Śląsk Wrocław in Ekstraklasa competition, Zagłębie Lubin will be aiming to make amends here.

Demonstrating their involvement in high-scoring matches, goals have been scored 21 times in the prior six matches in which Zagłębie Lubin have taken to the field, giving a mean average of 3.5 goals per fixture. Opposing teams have managed 15 of those goals. With no two games being the same, it remains to be seen if that pattern shall be sustained in this game.

A look at their past head-to-head clashes stretching back to 07/12/2018 tells us that Piast Gliwice have won 3 of these games & Zagłębie Lubin 0, with the number of drawn games being 3.

16 goals were scored between the two sides throughout the course of those matches, with 11 for Gliwice and 5 belonging to Miedziowi. The average goals per game has been 2.67.

The previous league match featuring these sides was Ekstraklasa match day 27 on 24/04/2021 which ended up with the score at Zagłębie Lubin 2-2 Piast Gliwice.

In that game, Zagłębie Lubin managed 47% possession and 4 shots at goal with 3 of them on target. The goals were scored by Yevgeni Bashkirov (33') and Kamil Kruk (36').

The referee was Tomasz Kwiatkowski.

The Piast Gliwice manager Waldemar Fornalik will be grateful not to have any fitness worries at all ahead of this clash thanks to a completely healthy squad available to choose from.

Due to a fully injury-free squad available for selection, the Zagłębie Lubin manager Paweł Karmelita has zero fitness worries at all coming into this game.

We’re thinking that Zagłębie Lubin will surely be able to score a goal against this Piast Gliwice outfit, however that isn’t expected to be enough to avoid defeat.

We reckon that it will be a very close game with a 2-1 win for Piast Gliwice after the 90. Let’s just see how this one goes. 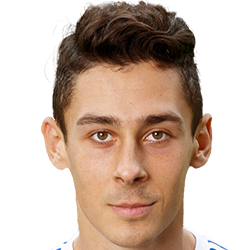 Mostly taking to the field in the Central Defensive Midfielder position, Patryk Sokołowski was born in Warszawa, Poland. After having made a senior debut playing for Piast Gliwice in the 2018 - 2019 season, the dangerous Midfielder has accumulated 2 league goals in this Ekstraklasa 2021 - 2022 campaign so far from a total of 6 appearances.

While we have made these predictions for Piast Gliwice v Zagłębie Lubin for this match preview with the best of intentions, no profits are guaranteed. Always gamble responsibly, and with what you can afford to lose. Best of luck.