The League One game at Crown Oil Arena on Saturday will see hosts Rochdale facing opposition in the form of Plymouth Argyle.

All Rochdale v Plymouth Argyle match predictions, user poll and stats are shown below including the latest game odds.

Rochdale will be looking to improve on their last outing here following a 1-0 League One defeat last time out to Blackpool.

It’s been all too rare in recent times where Rochdale have managed to hold out for a full 90 minutes. It will be a concern for them that The Dale have been scored against in 6 of their previous 6 games, letting in 14 goals on the way. Let’s see if that trend will be sustained here.

Ahead of this clash, Rochdale are without a win at home for the past 12 matches in the league. No joy for the home fans.

Plymouth Argyle will go into this clash following a 1-0 League One win versus Fleetwood Town in their last fixture.

Over the course of their previous half-dozen outings, Plymouth Argyle have amassed a tally of 9 goals. The Pilgrims have also not failed to score on each one of those occasions. Over that period, they’ve seen 6 goals go against them.

Analysis of their past results shows that Plymouth Argyle:

Checking out their prior head to head duels going back to 18/01/2014, there is nothing to separate the two clubs with Rochdale winning 2 of those games, Plymouth Argyle 2 and 2 being draws after 90 minutes of play.

A combined total of 20 goals were scored between them in this period, with 11 from The Dale and 9 coming from The Pilgrims. That’s an average goals per game of 3.33.

The last league contest between these clubs was League One match day 15 on 01/12/2020 and the score finished Plymouth Argyle 0-4 Rochdale.

Rochdale boss Brian Barry-Murphy will be grateful not to have any fitness worries to speak of ahead of this match thanks to a completely healthy squad to choose from.

Due to a completely healthy group available to select from, Plymouth Argyle manager Ryan Lowe has no fitness concerns at all coming into this game.

Our thinking is that Rochdale will do well to score goals against this Plymouth Argyle side who we think should get a goal themselves and run out victorious.

We’re going for a hard-fought contest, finishing with a 0-1 victory for Plymouth Argyle at the end of this one. 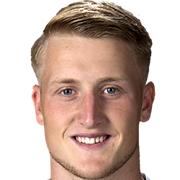 Generally deployed in the Striker position, Stephen Humphrys was born in Oldham, England. Having played his first senior match for Fulham in the 2016 - 2017 season, the dangerous Forward has managed 7 league goals in this League One 2020 - 2021 campaign to date from a total of 16 appearances.

While we have made these predictions for Rochdale v Plymouth Argyle for this match preview with the best of intentions, no profits are guaranteed. Always gamble responsibly, and with what you can afford to lose. Best of luck with your selections.