Sheffield Wednesday will face off against visitors Plymouth Argyle at Hillsborough Stadium in this League One meeting on Saturday.

All Sheffield Wednesday v Plymouth Argyle match predictions, user poll and stats are shown below (including the best match odds).

Sheffield Wednesday will be looking to improve on their last outing here following the 1-0 League One loss in their previous game against Shrewsbury Town.

Ahead of this meeting, Sheffield Wednesday haven't won against Plymouth Argyle in their previous 3 league games.

Plymouth Argyle go into this meeting following a 0-1 FA Cup win as they beat Birmingham City in their last match.

A glance at their most recent head to head meetings going back to 28/10/2008 shows that Sheffield Wednesday have won 2 of these and Plymouth Argyle 4, with the number of drawn matches standing at 0.

There is just the lone fitness concern for the Sheffield Wednesday gaffer Darren Moore to be concerned with due to a largely intact group. Lewis Gibson (Fitness) misses out.

In an otherwise healthy group, there is only the lone fitness worry for the Plymouth Argyle boss Steven Schumacher to be concerned about. Brendan Galloway (Knee Injury) won’t be playing here. Panutche Camara cannot play in this game through suspension.

In our opinion, Plymouth Argyle will do well to score goals against this Sheffield Wednesday side who we think should be able to grind out a win.

We’re therefore tipping a hard-fought 1-0 advantage for Sheffield Wednesday when all is said and done. 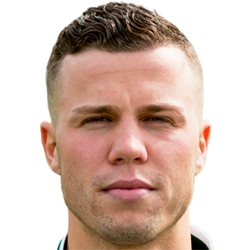 Mostly taking to the field in the Striker position, Florian Kamberi was born in Zürich, Switzerland. After having made a senior debut playing for Grasshopper Club Zürich in the 2015 - 2016 season, the skilful Forward has netted 4 league goals in the League One 2021 - 2022 season to date coming from a total of 13 appearances.

While we have made these predictions for Sheffield Wednesday v Plymouth Argyle for this match preview with the best of intentions, no profits are guaranteed. Always gamble responsibly, and with what you can afford to lose.