Plymouth Argyle face off with away team Wigan at Home Park in this League One fixture on Saturday.

Our Plymouth Argyle v Wigan Athletic predictions, statistics and match poll can be seen below including the latest game odds.

Plymouth Argyle will be wanting a better result here after a 0-3 League One defeat last time out to Wycombe Wanderers.

Going into this encounter, Plymouth Argyle haven't won against Wigan Athletic in their previous 4 league matches.

In their previous game, Wigan drew 2-2 in the League One tie with Cambridge United.

In their last six clashes, Wigan Athletic have helped themselves to a total of 12 goals. Wigan Athletic have also scored on each one of those occasions. Over that period, their defenders have had 6 goals go into their own net. It will be interesting to see if that trend will be sustained into this next match.

Their prior results show that Wigan Athletic:

An examination of their prior head-to-head meetings stretching back to 16/10/2004 shows that Plymouth Argyle have won 1 of them and Wigan 4, with the tally of draws standing at 1.

A total of 14 goals were scored between them throughout the course of those matches, with 5 for The Pilgrims and 9 created by The Latics. This gives an average number of goals per game equal to 2.33.

The last league contest featuring these sides was League One match day 35 on 09/03/2021 which ended up with the score at Plymouth Argyle 0-2 Wigan Athletic.

The Plymouth Argyle boss Ryan Lowe has no fitness worries whatsoever coming into this game with a fully healthy group to choose from.

With a fully healthy squad ready to go, the Wigan manager Leam Richardson has zero fitness concerns whatsoever ahead of this match.

Our assessment is that Wigan Athletic and Plymouth Argyle should both be able to score here although it’s hard to pick a clear winner.

Let’s see how this one goes, but it looks this could be a draw. We’re therefore expecting a very close game with a 1-1 draw at the conclusion of the game. 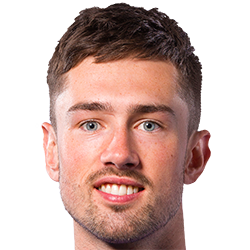 Generally taking to the field in the Striker position, Ryan Hardie was born in Stranraer, Scotland. After having played his first senior match for Rangers in the 2014 - 2015 season, the skilful Forward has scored 9 league goals in this League One 2021 - 2022 campaign so far in a total of 18 appearances.

We have made these Plymouth Argyle v Wigan Athletic predictions for this match preview with the best intentions, but no profits are guaranteed. Please always gamble responsibly, only with money that you can afford to lose. We wish you the best of luck.