The Primeira Liga match at Estádio D. Alfonso Henriques on Saturday will see home side Vitória Guimarães facing opposition in the form of Porto.

All Vitória Guimarães v Porto match predictions, user poll and stats are shown below (plus the best game odds).

Vitória Guimarães will be looking to improve on their last outing here after a 2-1 Primeira Liga loss in their previous game against Gil Vicente.

In their last 6 fixtures, João Moreno's Vitória Guimarães have hit the target a total of 5 times - an average number of goals scored per match equal to 0.83.

Their prior results show that Vitória Guimarães:

Porto will go into the game following on from a 4-1 Primeira Liga win against Famalicão in their previous game.

A run of accomplished displays from the Porto defenders has resulted in their ‘goals against’ tally amounting to 4 from their last 6 fixtures overall. During the same period, their own forwards have managed to score 19. Let’s see if that trend will be sustained in this game.

Their previous form shows that Porto:

An examination of past results between these clubs stretching back to 01/09/2019 reveals that these encounters have been disappointments for Vitória Guimarães. They’ve not been able to get any wins whatsoever whereas Porto have remained in the ascendancy, getting wins in 100% of those match-ups.

A combined total of 16 goals were yielded between them during those clashes, with 4 for Os Vimaranenses and 12 belonging to Dragões. That’s an average goals per game figure of 2.67.

The last league game featuring these sides was Primeira Liga match day 29 on 10/04/2022 which ended up with the score at Vitória Guimarães 0-1 Porto.

In that match, Vitória Guimarães had 45% possession and 4 shots at goal with 1 on target.

For their opponents, Porto had 13 attempts on goal with 4 of them on target. Mehdi Taremi (36') scored.

It doesn’t get much better regarding selection, with just the lone fitness concern for the Vitória Guimarães boss João Moreno to be concerned about thanks to an almost full-strength squad. Tomás Händel (Muscle Injury) will miss out.

Porto boss Sérgio Conceição has to choose a team with limited availability. Zaidu (Tear in the abductor muscle) and Evanilson (Unknown Injury) are not able to play.

We’re thinking that Porto will most probably score a couple of goals when they line up against Vitória Guimarães, who may well find it hard getting goals.

Accordingly, we see a controlled 0-2 margin for Porto come full-time. 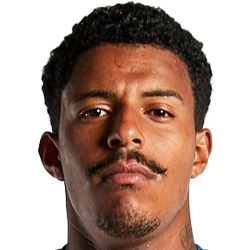 Mostly deployed in the Striker position, Anderson Silva was born in São Paulo, Brazil. Having played his first senior match for Famalicão in the 2019 - 2020 season, the goalscoring Forward has managed 3 league goals in this Liga Portugal 2022 - 2023 season to date coming from a total of 16 appearances.

We have made these Vitória Guimarães v Porto predictions for this match preview with the best intentions, but no profits are guaranteed. Please always gamble responsibly, only with money that you can afford to lose.