Return to this page a few days before the scheduled game when this expired prediction will be updated with our full preview and tips for the next match between these teams.
Full-Time Result Prediction for Portsmouth vs AFC Wimbledon
Portsmouth to Win
The League One clash at Fratton Park on Saturday sees home side Portsmouth playing against opponents AFC Wimbledon.

We’ve got the feeling that Portsmouth should be able to create a decent number of chances and shots on target. Conversely, AFC Wimbledon might well find it a difficult task getting on the scoresheet but do we see them being dangerous for periods. We can therefore see a 3-1 victory for Portsmouth at the end of the 90 minutes. All of our predictions, stats and the user poll for Portsmouth v AFC Wimbledon are shown below - as well as up-to-date odds. 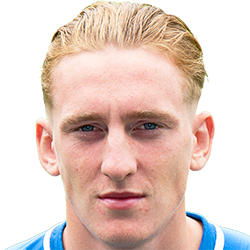 Usually deployed in the Left Attacking Midfielder position, Ronan Curtis was born in London, England. Having played his first senior match for Derry City in the 2015 season, the skilful Midfielder has got 10 league goals in this League One 2019 - 2020 campaign to date in 21 appearances.

While we have made these predictions for Portsmouth v AFC Wimbledon for this match preview with the best of intentions, no profits are guaranteed. Always gamble responsibly, and with what you can afford to lose. Good luck if you do place a bet today.