Swansea City will do battle with guests Preston North End at Liberty Stadium in the Championship clash on Monday.

To see all of our predictions, user poll & stats for Swansea City v Preston North End, scroll down - along with the latest match odds.

Swansea City will be looking for an improved result here following a 1-0 Championship loss in their previous game against Birmingham City.

Swansea City have found it difficult to unlock defences in more recent games. Their sum of goals equals just 4 vs opponents during the course of their last six outings. In those meetings, The Swans have also seen the number of goals scored against them total 7. That sort of pattern might not be sustained here, though.

Coming into this clash, Swansea City are unbeaten in the league by Preston North End in their last 5 games.

In the game prior to this, Preston North End drew 1-1 in the Championship tie with Norwich City.

Over the course of 5 of the prior six clashes featuring Preston North End, a comparatively low number of goals have gone in between them and their opponents. The overall average goals scored per game during that spell works out to a mere 1.83, with the average goals for The Lilywhites equalling 0.5.

Coming into this clash, Preston North End have not won away from home in their last 4 matches in the league.

A review of their most recent head to head meetings dating back to 02/04/2011 tells us that Swansea City have won 3 of them and Preston North End 1, with the tally of drawn games being 2.

A combined sum of 14 goals were shared by the two clubs in this period, with 8 for The Swans and 6 created by The Lilywhites. The average number of goals per game works out to 2.33.

The last league clash featuring the two was Championship match day 1 on 12/09/2020 which ended up with the score at Preston North End 0-1 Swansea City.

On that day, Preston North End had 59% possession and 10 shots on goal with 4 of them on target.

For their opponents, Swansea City had 6 shots at goal with 1 of them on target. Morgan Gibbs-White (53') scored.

Thanks to a largely available group, there is just a single fitness worry for the Preston North End gaffer Frankie McAvoy to contend with. Patrick Bauer (Achilles tendon rupture) won’t be in action. Alan Browne is ineligible for this match because of suspension.

For this match, we think that Preston North End will manage to score against this Swansea City side, however that probably won’t be enough to avoid defeat.

We’re expecting a close game with a 2-1 advantage for Swansea City by the time that the referee blows the final whistle. Should be a good one. 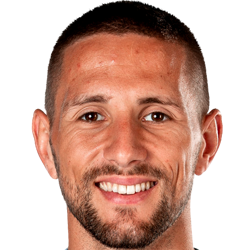 Customarily used in the Centre Midfield position, Conor Hourihane was born in Cork, Rep. Ireland. After making a first senior appearance for Plymouth Argyle in the 2011 - 2012 season, the goalscoring Midfielder has got 5 league goals in the Championship 2020 - 2021 campaign to date coming from a total of 13 appearances.

While we have made these predictions for Swansea City v Preston North End for this match preview with the best of intentions, no profits are guaranteed. Always gamble responsibly, and with what you can afford to lose. Best of luck with your selections.