Tigres will be the visitors at Estadio Cuauhtémoc on Saturday for the Liga MX (Apertura) clash with home team Puebla.

For all of our match predictions, pre-game poll and statistics for Puebla v Tigres de la UANL, scroll down - plus the latest betting odds.

Puebla will be wanting a better result here following a 1-0 Liga MX (Apertura) loss in their previous game against CD Guadalajara.

Puebla have been conceding pretty frequently of late, although they have also found ways to hit the back of the net themselves. Analysis of their previous 6 games shows that Puebla have been punished defensively in 6 of them in addition to getting on the scoresheet in 5 of those matches.

Tigres will come into the match following a 1-4 Liga MX (Apertura) win with the defeat of CD Guadalajara in their previous fixture.

The stats don’t lie, and Tigres have been scored against in 5 of their last 6 matches, seeing their opponents hit 6 goals in total. At the back, Tigres de la UANL have clearly had some problems. Even so, we’ll just have to find out whether such a trend might be sustained in this next match.

A look at their previous results shows us that Tigres de la UANL:

Looking over their past head to head clashes stretching back to 25/09/2019 shows that Puebla have won 2 of these and Tigres 1, with the number of draws being 3.

10 goals were shared by the two clubs in this period, with 6 for Los Camoteros and 4 belonging to Los Tigres. The average number of goals per game works out to 1.67.

The last league match between these clubs was Liga MX (Clausura) match day 2 on 16/01/2022 which finished with the scoreline of Tigres de la UANL 0-2 Puebla.

That day, Tigres de la UANL had 69% possession and 21 attempts at goal with 9 on target. Their only player on the scoresheet was Carlos Salcedo (27' Own goal).

For their opponents, Puebla got 10 shots on goal with 2 of them on target. Pablo Parra (45') was the scorer.

Out of a mainly full-strength group, there’s only the one fitness problem for the Tigres gaffer Miguel Herrera to be concerned about. Javier Aquino (Muscle fiber tear) won’t be in action.

We’ve got the feeling that Puebla could well find it tough to get anything against this Tigres de la UANL team who will likely just have the edge.

We’re therefore seeing a hard-fought contest, finishing with a 0-1 winning score for Tigres de la UANL at the end of the match. 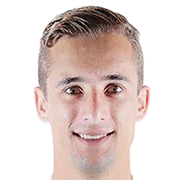 Mostly playing in the Right Attacking Midfielder position, Jordi Cortizo was born in Querétaro, Mexico. Having made his senior debut playing for Querétaro FC in the 2017 - 2018 season, the accomplished Midfielder has got 3 league goals in this Liga MX (Apertura) 2022 - 2023 campaign so far in a total of 14 appearances.

While we have made these predictions for Puebla v Tigres de la UANL for this match preview with the best of intentions, no profits are guaranteed. Always gamble responsibly, and with what you can afford to lose.