Scroll down for all of our predictions, poll and stats for the Puebla v Universidad Nacional game - along with the latest match odds.

In that game, Puebla had 38% possession and 17 attempts at goal with 5 on target. The only player to score for Puebla was Omar Fernández (17'). Toluca got 20 attempts on goal with 7 of them on target. Andrés Mosquera (82') was the scorer for Toluca.

Under three goals per game were seen in 5 of the last 6 fixtures where Puebla have been involved. Regarding the goal weighting in this period, their opponents scored an aggregate of 5 and Puebla managed the sum of 5. We shall soon see whether or not that trend can be continued on here.

Their prior results show that Puebla:

In the game prior to this, Universidad Nacional drew 1-1 in the Liga MX (Apertura) match with Monterrey.

In 5 of the previous 6 games involving Universidad Nacional, a notably low volume of goals have gone in between them and their opposition. The overall average number of goals per game during that period works out to just 2.17, with the number of goals averaged by Pumas equalling 1.17.

Their past results show that Universidad Nacional:

Checking on their past head to head meetings dating back to 16/03/2019 tells us that Puebla have won 1 of these & Universidad Nacional 2, with the number of drawn results standing at 3.

A combined total of 14 goals were scored between the two sides in these games, with 5 of them for Los Camoteros and 9 created by Pumas. That’s an average goals per game of 2.33.

The previous league meeting between the two was Liga MX (Clausura) match day 13 on 09/04/2022 when it ended Puebla 2-2 Universidad Nacional.

That time, Puebla managed 45% possession and 8 shots at goal with 5 of them on target. The scorers were Pablo Parra (12') and Maximiliano Araújo (42').

On the other side, Universidad Nacional had 16 attempts at goal with 6 on target. Rogério (45') and Jorge Ruvalcaba (86') scored.

The Puebla boss Nicolás Larcamón will be thankful to have no fitness concerns to speak of ahead of this match with a completely healthy group available for selection.

Thanks to a completely injury-free group to pick from, the Universidad Nacional manager Andres Lillini has no fitness concerns whatsoever coming into this game.

Our thinking is that Universidad Nacional have the capability to find the net against this Puebla team, however it is unlikely to be as many as the goals that they could concede.

Our tip is for a close game with a 2-1 winning margin for Puebla at the end of the match. There shouldn’t be much in it, either way. 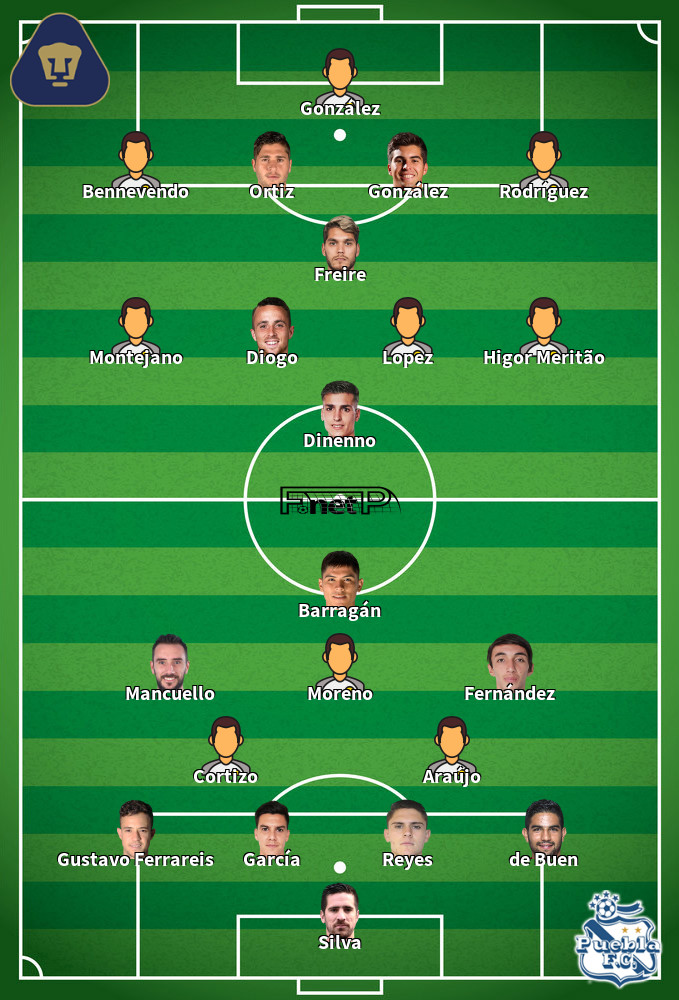 We have made these Puebla v Universidad Nacional predictions for this match preview with the best intentions, but no profits are guaranteed. Please always gamble responsibly, only with money that you can afford to lose.