The Nemzeti Bajnokság I match at MOL Aréna Sóstó on Saturday will see home side Videoton FC take on Puskás Akadémia.

Videoton FC, following on from their previous result, will be hoping for more of the same after the 1-4 Nemzeti Bajnokság I triumph versus Budafoki.

Vidi have been conceding pretty frequently of late, although they’ve also found ways to score goals themselves. Looking at their last 6 games, Vidi have been punished defensively in 5 of them while also scoring in 6 of those games. Such a trend isn’t assured to follow through into this next game, however.

Heading into this fixture, Videoton FC are undefeated in their last 10 league matches at home. A very good run at home.

Puskás Akadémia will come into the meeting following a 0-3 Nemzeti Bajnokság I win as they beat Kisvárda in their previous match.

The numbers tell their own story, and Puskás Akadémia have been scored against in 5 of their last 6 games, seeing opposing sides hit 8 goals in all. At the back, Puskás seem to have a bit of a soft underbelly.

Their past results show that Puskás Akadémia:

A review of their prior head to head meetings stretching back to 15/09/2018 shows us that Videoton FC have won 2 of these games & Puskás Akadémia 3, with the number of drawn games being 1.

A sum of 19 goals were scored between the two sides in this period, with 9 for Vidi and 10 created by Puskás. The average number of goals per game works out to 3.17.

The previous league match between the two was Nemzeti Bajnokság I match day 24 on 07/03/2020 when the final score was Puskás Akadémia 1-4 Videoton FC.

The referee was Csaba Pintér.

Videoton FC manager Gábor Márton has a full complement, with no fitness worries to speak of ahead of this clash thanks to a fully healthy squad to pick from.

With a completely healthy squad available to choose from, Puskás Akadémia boss Zsolt Hornyák has no fitness worries to speak of before this clash.

In this game, Videoton FC will probably get the win and a possible clean sheet against Puskás Akadémia, who will be up against it to find the back of the net.

Therefore, we are anticipating a controlled 2-0 win for Videoton FC by the time that the referee blows the final whistle.

Over/Under 2.5 Goals Prediction for Videoton FC vs Puskás Akadémia
Under 2.5 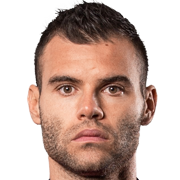 Typically used in the Striker position, Nemanja Nikolić was born in Senta, Serbia. After having made a senior debut playing for Kaposvári Rákóczi FC in the 2007 - 2008 season, the accomplished Forward has managed 3 league goals in the Nemzeti Bajnokság I 2020 - 2021 campaign to date in a total of 3 appearances.

We have made these Videoton FC v Puskás Akadémia predictions for this match preview with the best intentions, but no profits are guaranteed. Please always gamble responsibly, only with money that you can afford to lose. Best of luck.