Raith Rovers
Queen Of The South
0 - 1

Raith Rovers vs Queen Of The South Live Stream, Predictions

The Championship clash at Stark's Park on Saturday sees hosts Raith Rovers go up against Queen Of The South.

View all Raith Rovers v Queen Of The South tips, stats and our pre-match poll below - as well as up-to-date odds.

Raith Rovers are hoping to win again after their last result, the 0-2 Championship success versus Ayr United.

In their last 6 fixtures, John McGlynn's Raith Rovers have hit the target 9 times - an average number of goals scored per match of 1.5.

Coming into this contest, Raith Rovers have not won at home in their last 3 league matches.

Queen Of The South
WLLWLW

Queen Of The South come into this game following on from a 3-0 Challenge Cup win in the defeat of Broomhill in their most recent fixture.

Illustrating their involvement in action-packed encounters, goals have been celebrated 22 times in the previous six matches in which Queen Of The South have taken to the pitch, making it an average of 3.67 goals each clash. Opposition teams have hit 9 of this grand total.

Going into this one, Queen Of The South have not been beaten by Raith Rovers when they've played them away from home in the last 2 league matches.

If we look at their past head to head duels dating back to 25/03/2017, both clubs have shared the honours with Raith Rovers winning 2 of those games, Queen Of The South 2 and 2 being draws in normal time.

A combined total of 16 goals were scored between the two sides during those clashes, with 8 of them from The Rovers and 8 created by The Doonhamers. The average goals per game has been 2.67.

The last league fixture between these clubs was Championship match day 23 on 13/04/2021 which finished with the scoreline of Queen Of The South 0-1 Raith Rovers.

The match was refereed by David Dickinson.

📋 Team News: Queen Of The South

Thanks to a fully healthy group available to select from, the Queen Of The South boss Allan Johnston doesn’t have any fitness concerns to speak of coming into this clash.

We feel that in this game, Queen Of The South should get enough chances to score against this Raith Rovers side, however it possibly won’t quite be enough to prevent defeat.

Our selection here is for both teams to score in a 2-1 win for Raith Rovers by the conclusion of the game. Expecting it to be very competitive. 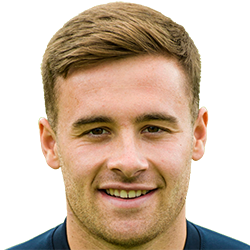 Typically playing in the Right Wing position, Lewis Vaughan was born in Edinburgh, Scotland. After having played his first senior match for Raith Rovers in the 2011 - 2012 season, the goalscoring Forward has accumulated 2 league goals in the Championship 2021 - 2022 season to date coming from a total of 1 appearances.

We have made these Raith Rovers v Queen Of The South predictions for this match preview with the best intentions, but no profits are guaranteed. Please always gamble responsibly, only with money that you can afford to lose. Good luck if you do place a bet today.