Scroll down for all of our predictions, poll and stats for the Queens Park Rangers v Rotherham United game - as well as up-to-date odds.

QPR fans will want a repeat of their previous result, being a 1-2 Championship success versus Birmingham City.

Rotherham United will come into the match after a 2-4 EFL Trophy win with the downing of Crewe Alexandra in their previous fixture.

Indicating their fondness for fruitful encounters, we’ve had goals 21 times in the prior six matches in which Rotherham United have taken to the field, yielding a mean average of 3.5 goals for each fixture. Opposing teams have hit 6 of this grand total.

A look at their most recent head-to-head clashes dating back to 10/12/2016 tells us that QPR have won 2 of these and Rotherham United 3, with the number of drawn results being 1.

Loads of goals were seen in those games, too - 23 in total at an average of 3.83 goals per meeting.

The last league contest between these sides was Championship match day 29 on 13/04/2021 which ended up with the score at Rotherham United 3-1 Queens Park Rangers.

On the other side, Queens Park Rangers got 12 attempts at goal with 3 on target. Lyndon Dykes (52') was the scorer.

The QPR boss Mark Warburton has a full complement, with no fitness worries at all coming into this game owing to a fully injury-free group available to select from.

Due to a fully injury-free squad to choose from, the Rotherham United manager Paul Warne has no fitness worries to report before this game.

In our opinion, Queens Park Rangers certainly have the ability to get the win and a possible clean sheet against Rotherham United, who could well find it tough finding the net themselves.

Our selection here is for a pretty comfortable 2-0 win for Queens Park Rangers by the time that the referee blows the final whistle. 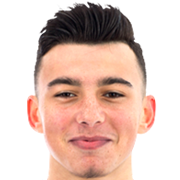 Mostly played in the Left Wing position, Ilias Chair was born in Belgium. After making a first senior appearance for Queens Park Rangers in the 2017 - 2018 season, the skilful Forward has netted 6 league goals in the Championship 2021 - 2022 season so far in a total of 21 appearances.

While we have made these predictions for Queens Park Rangers v Rotherham United for this match preview with the best of intentions, no profits are guaranteed. Always gamble responsibly, and with what you can afford to lose. We wish you the best of luck.