Stoke City are the guests at Loftus Road on Saturday for the Championship fixture with home side QPR.

View all of the Queens Park Rangers v Stoke City predictions, poll and stats below - as well as the best betting odds.

QPR go into this match following on from a 0-0 Championship stalemate against Stoke City.

Ahead of this meeting, Queens Park Rangers haven't beaten Stoke City in their last 2 league games.

Throughout their six latest matches, Alex Neil's Stoke City have found the net 8 times, earning them the goals scored per game average of 1.33.

Ahead of this meeting, Stoke City haven't been beaten by Queens Park Rangers when having played them away from home in the previous 2 matches in the league.

A look at their most recent head-to-head meetings going back to 03/08/2019 shows us that QPR have won 3 of them and Stoke City 2, with the tally of drawn matches standing at 1.

In all, 14 goals were scored between the two sides in these games, with 8 from The R's and 6 for The Potters. This gives an average number of goals per game equal to 2.33.

The last league clash between the two was Championship match day 11 on 17/09/2022 when it finished Queens Park Rangers 0-0 Stoke City.

The QPR boss Michael Beale will be grateful not to have any fitness concerns to speak of before this clash owing to a completely healthy group available to select from.

We’ve got the feeling that Stoke City might have a difficult job to score against this Queens Park Rangers side who should be able to grind out a win.

We’re therefore expecting a highly competitive game with a 1-0 advantage for Queens Park Rangers when all is said and done. 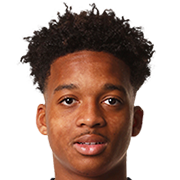 Mostly taking up the Central Attacking Midfielder position, Chris Willock was born in Waltham Forest, England. After having played his first senior match for Benfica B in the 2017 - 2018 season, the talented Midfielder has got 4 league goals in this Championship 2022 - 2023 campaign so far coming from a total of 5 appearances.

We have made these Queens Park Rangers v Stoke City predictions for this match preview with the best intentions, but no profits are guaranteed. Please always gamble responsibly, only with money that you can afford to lose. Good luck with your selections.