QPR will be at The Hawthorns on Friday for the Championship meeting with home side West Bromwich Albion.

Over their past six fixtures, Valérien Ismaël's West Bromwich Albion have scored 5 times resulting in an average number of goals per match of 0.83.

In their last game, QPR drew 2-2 in the EFL Cup match with Everton.

Illustrating their predisposition for productive encounters, goals have been celebrated 20 times in the prior six games in which Queens Park Rangers have taken to the pitch, giving a mean average of 3.33 goals each meeting. Opposition teams have got 9 of this grand total.

Inspecting their past head-to-head meetings dating back to 20/12/2014 shows us that West Bromwich Albion have won 3 of these and QPR 2, with the number of drawn games standing at 1.

A lot of goals were also scored during this period, 29 overall which averages out at 4.83 goals per meeting.

That time, West Bromwich Albion managed 50% possession and 16 attempts at goal with 6 of them on target. Goals were scored by Grady Diangana (44') and Callum Robinson (49').

On the other side, Queens Park Rangers had 7 attempts on goal with 3 on target. Ryan Manning (34') and Eberechi Eze (61') scored.

Regarding absentees, there’s just the sole fitness concern for the West Bromwich Albion boss Valérien Ismaël to be concerned about thanks to an almost full-strength group of players. Rico Richards (Medial Collateral Ligament Tear) misses out.

From a largely full-strength group, there is just the lone fitness worry for the QPR boss Mark Warburton to be concerned about. Sam Field (Knee Surgery) won’t be playing here.

We’re of the view that Queens Park Rangers have the firepower to find the net against this West Bromwich Albion side, but that may not quite be enough to prevent defeat.

We’re tipping both teams to score in a 2-1 advantage for West Bromwich Albion at the end of the 90 minutes. Let’s just see how this one goes. 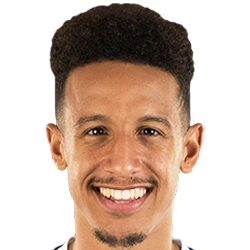 Mostly taking up the Striker position, Callum Robinson was born in Northampton, England. Having made his senior debut playing for Aston Villa in the 2013 - 2014 season, the dangerous Forward has managed 3 league goals in this Championship 2021 - 2022 campaign so far from a total of 7 appearances.

We have made these West Bromwich Albion v Queens Park Rangers predictions for this match preview with the best intentions, but no profits are guaranteed. Please always gamble responsibly, only with money that you can afford to lose. Good luck with your selections.