The League Two game at Ochilview Park on Saturday will see home side Stenhousemuir playing against opponents Queen's Park.

Our full set of predictions, statistics and match poll for Stenhousemuir v Queen's Park can be seen below (including the best match odds).

Stenhousemuir will be hoping for a repeat of their last result, following a 1-0 League Two success against Cowdenbeath.

Davie Irons's Stenhousemuir have hit the back of the net a sum total of 5 times over their preceding 6 outings. The comparative number of goals that they have conceded in that same time stands at 9.

Heading into this fixture, Stenhousemuir haven't won against Queen's Park in their last 5 league matches.

Queen's Park go into this clash following on from a 3-0 League Two win against Cowdenbeath in their previous match.

The trend of at least one side getting a clean sheet in games involving Queen's Park has been fairly consistent of late. Examining their last 6 outings shows that this has occurred 5 times. During those clashes, their opponents have hit a goal aggregate of 1 and The Spiders have scored 14. That sort of trend won’t necessarily be carried forward into this next game, of course.

Their prior results show that Queen's Park:

Inspecting their prior head to head meetings dating back to 05/05/2018 tells us that Stenhousemuir have won 1 of these games and Queen's Park 3, with the tally of drawn matches standing at 2.

A sum of 15 goals were shared by the two clubs in these games, with 5 for The Warriors and 10 coming from The Spiders. The average number of goals per game works out to 2.5.

The last league meeting between these clubs was League Two match day 6 on 28/11/2020 when it finished Queen's Park 3-1 Stenhousemuir.

The match was refereed by David Lowe.

It’s a low absenteeism rate, with just the sole fitness concern for the Stenhousemuir gaffer Davie Irons to contend with from of an almost fully healthy group. Graeme Smith (Knee Injury) misses out.

Thanks to a completely injury-free squad to choose from, Queen's Park boss Ray McKinnon has no fitness concerns to report coming into this clash.

Our feeling is that Stenhousemuir may well find it hard to put one past this Queen's Park side who will likely score & stay on top.

We therefore see a hard-fought 0-1 winning score for Queen's Park after 90 minutes. 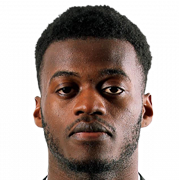 Usually playing in the Striker position, Botti Biabi was born in London, England. After making a first senior appearance for Falkirk in the 2014 - 2015 season, the goalscoring Forward has hit 5 league goals in this League Two 2020 - 2021 campaign so far coming from a total of 12 appearances.

While we have made these predictions for Stenhousemuir v Queen's Park for this match preview with the best of intentions, no profits are guaranteed. Always gamble responsibly, and with what you can afford to lose. We wish you the best of luck.