Return to this page a few days before the scheduled game when this expired prediction will be updated with our full preview and tips for the next match between these teams.
Full-Time Result Prediction for Querétaro FC vs Club América
Club América to Win
Club América arrive at Estadio Corregidora on Monday for the Liga MX (Clausura) fixture with home side Querétaro FC.

Our thinking is that Querétaro FC will need things to go their way to hit the back of the net against this Club América team who will likely just have the edge. With that in mind, we reckon that it will be a good tussle with a 0-1 victory for Club América at the end of the match. Should be an interesting one. To see all of our predictions, user poll & stats for Querétaro FC v Club América, scroll down (including the best match odds).

A look at their previous results shows us that Club América:

Leading up to this clash, Querétaro FC: 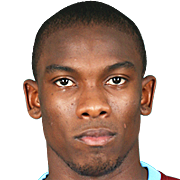 Regularly deployed in the Left Wing position, Fabián Castillo was born in Cali, Colombia. Having played his first senior match for FC Dallas in the 2011 season, the gifted Forward has managed to score 2 league goals in the Liga MX (Clausura) 2019 - 2020 season to date in a total of 4 appearances.

While we have made these predictions for Querétaro FC v Club América for this match preview with the best of intentions, no profits are guaranteed. Always gamble responsibly, and with what you can afford to lose. Good luck if you do place a bet today.