SC Bastia will host away team Quevilly-Rouen at Stade Armand-Cesari in this Ligue 2 match on Saturday.

All of our predictions, stats and the user poll for SC Bastia v Quevilly-Rouen are shown below - as well as the best betting odds.

SC Bastia will want to continue from where they left off last time out with the 2-0 Coupe De France triumph over Clermont Foot.

Their latest results highlight the fact that much solidity has been shown by the SC Bastia backline. SC Bastia have been mean at the back, with the tally of goals that have gone past their goalkeeper during their previous six clashes standing at 4.

After suffering a loss in their previous game against Monaco in Coupe De France action, Quevilly-Rouen will be aiming to make amends here.

In that game, Quevilly-Rouen managed 41% possession and 10 shots on goal with 3 on target. The scorer for Quevilly-Rouen was Kalidou Sidibé (43'). For their opponents, AS Monaco FC got 13 attempts at goal with 8 on target. Wissam Ben Yedder (33') and Kevin Volland (37', 58') scored for Monaco.

Quevilly-Rouen have regularly broken through opposing defences leading up to this encounter, scoring 9 times in their previous 6 matches. This doesn’t mask the fact that Quevilly-Rouen have had their own issues at the back, also conceding in 6 of those same matches. It will be interesting to find out whether or not that trend will end up being continued on into this next match.

The previous league fixture between these clubs was Ligue 2 match day 2 on 18/08/2021 and the score finished Quevilly-Rouen 1-2 SC Bastia.

The referee was Pierre Legat.

Due to a fully injury-free group available for selection, the Quevilly-Rouen manager does not have any fitness worries to report coming into this clash.

We’re envisaging that Quevilly-Rouen may find it difficult to score goals against this SC Bastia outfit who we think might well get the vital goal that wins it.

Our tip is therefore for a very competitive encounter with a 1-0 winning margin for SC Bastia at full-time. 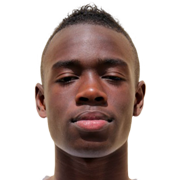 Normally taking to the field in the Centre Midfield position, Maguette Diongue was born in France. Having made his senior debut playing for SC Bastia in the 2021 - 2022 season, the talented Midfielder has got 2 league goals in this Ligue 2 2021 - 2022 campaign to date from a total of 6 appearances.

We have made these SC Bastia v Quevilly-Rouen predictions for this match preview with the best intentions, but no profits are guaranteed. Please always gamble responsibly, only with money that you can afford to lose. Good luck!