View all of the River Plate v Racing Club predictions, poll and stats below (inc. the best betting odds).

River Plate, following on from their previous result, will be hoping for more of the same after a 0-1 Superliga triumph against Platense.

River Plate have been on a persistent run of goalscoring form, hitting the target in one hundred percent of their last 6 games.

They have totted up the amount of 15 during that period while seeing the number of goals scored against them stand at 2.

A look at their previous results shows us that River Plate:

After suffering a loss in their previous game against Colón in Superliga action, Racing Club and their travelling fans will hope for a better result here.

In that game, Racing Club managed 67% possession and 20 shots on goal with 8 of them on target. For their opponents, Colón got 10 attempts at goal with 4 on target. Leonardo Burián (2' Own goal), Cristian Ferreira (22') and Lucas Beltrán (53') scored for Colón.

Checking on their past head to head meetings stretching back to 08/04/2018 shows that these encounters have not been kind to Racing Club. They have not been able to get themselves any victories whatsoever while River Plate have just been stronger than them, getting wins in 67 per cent of those matches played.

A sum of 14 goals were scored between them in this period, with 13 for Los Millonarios and 1 netted by La Academia. The average goals per game has been 2.33.

The River Plate boss Marcelo Gallardo has zero fitness worries at all before this match owing to a completely healthy group available to select from.

With a fully injury-free group to pick from, the Racing Club manager Fernando Gago has no fitness concerns to report before this match.

In our opinion, River Plate should really score at least once when they come up against Racing Club, who could well struggle to score themselves. 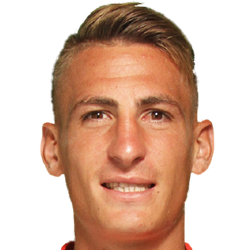 Typically playing in the Left Wing position, Braian Romero was born in San Isidro, Argentina. Having made a first senior appearance for Colón in the 2015 season, the skilful Forward has managed to score 7 league goals in the Superliga 2021 campaign so far in a total of 18 appearances.

While we have made these predictions for River Plate v Racing Club for this match preview with the best of intentions, no profits are guaranteed. Always gamble responsibly, and with what you can afford to lose. Good luck with your selections.