To see all of our predictions, user poll & stats for Racing Club v Unión de Santa Fe, scroll down including the latest game odds.

Racing Club will want to continue from where they left off last time out with the 0-1 Superliga triumph against Platense.

Fewer than three goals per game were seen in 5 of the past 6 fixtures where Racing Club have taken part. Regarding the goal attribution during that period, opposing sides scored an aggregate of 4 and Racing Club totted up 5.

Following on from being beaten in their last game against Independiente in Superliga competition, Unión de Santa Fe and their travelling supporters will be hoping that they can get a better result in this one.

In that game, Unión de Santa Fe had 64% possession and 13 shots on goal with 3 of them on target. At the other end, Independiente got 9 shots at goal with 4 on target. Lucas Romero (47') scored for Independiente.

A tendency of at least one team not scoring a goal in games featuring Unión de Santa Fe has become apparent in recent matches. Checking on their last 6 outings reveals that this has happened 6 times. In those clashes, opposing sides have hit a goal aggregate of 3 and Unión de Santa Fe have scored 1. We will have to find out if that trend will end up being sustained here.

Going into this game, the form guide shows that Unión de Santa Fe:

An examination of their past head to head clashes going back to 24/09/2018 shows that Racing Club have won 3 of these & Unión de Santa Fe 1, with the number of drawn matches standing at 2.

7 goals were scored between the two sides in this period, with 4 of them for La Academia and 3 coming from El Tatengue. This gives an average number of goals per game equal to 1.17.

On that day, Racing Club had 66% possession and 11 shots at goal with 5 of them on target. Their only player to score was Enzo Copetti (28').

At the other end, Unión de Santa Fe had 11 attempts on goal with 5 of them on target.

With a fully healthy group available to select from, the Unión de Santa Fe manager Gustavo Munúa has no fitness concerns to report ahead of this clash.

We’re envisaging that Unión de Santa Fe may not find it easy to be putting a goal past this Racing Club outfit who we think will end up scoring and possibly keep a clean sheet as well.

We’re therefore expecting a very competitive game with a 1-0 advantage for Racing Club at the end of the 90 minutes. 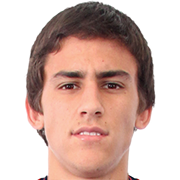 Normally used in the Central Attacking Midfielder position, Matías Rojas was born in Asunción, Paraguay. Having made a first senior appearance for Lanús in the 2017 - 2018 season, the skilful Midfielder has scored 3 league goals in this Primera División 2022 season so far from a total of 10 appearances.

While we have made these predictions for Racing Club v Unión de Santa Fe for this match preview with the best of intentions, no profits are guaranteed. Always gamble responsibly, and with what you can afford to lose. Good luck with your selections.