Return to this page a few days before the scheduled game when this expired prediction will be updated with our full preview and tips for the next match between these teams.
Full-Time Result Prediction for Racing de Santander vs UD Las Palmas
Draw
The LaLiga2 tie at Campos de Sport de El Sardinero on Sunday will see home side Racing de Santander play opponents UD Las Palmas.

In our opinion, UD Las Palmas and Racing de Santander could both end up scoring in what appears to be a good match-up, with little separating these two teams. It’s looking like it could well end up as a draw. That’s why our selection here is for a very even match with a 1-1 draw after 90 minutes. Scroll down for all of our predictions, poll and stats for the Racing de Santander v UD Las Palmas game including the latest game odds.

Looking at their past form shows that Racing de Santander: 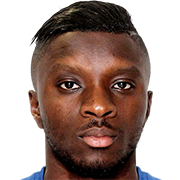 Regularly played in the Left Attacking Midfielder position, Karim Yoda was born in Annemasse, France. Having made a first senior appearance for FC Sion in the 2009 - 2010 season, the skilful Midfielder has scored a sum of 8 league goals in the LaLiga2 2019 - 2020 campaign to date in a total of 20 appearances.

We have made these Racing de Santander v UD Las Palmas predictions for this match preview with the best intentions, but no profits are guaranteed. Please always gamble responsibly, only with money that you can afford to lose. We wish you the best of luck.