All Racing de Santander v Tenerife game predictions, stats and user poll are shown below - plus the latest betting odds.

Racing de Santander will be wanting a better result here after a 3-0 La Liga 2 defeat in their last game at the hands of Alaves.

José Alberto López's Racing de Santander have netted a sum total of 7 times in their prior half-dozen outings. Conversely, the tally of goals that have been scored against them in those fixtures is 7.

Coming into this fixture, Racing de Santander have left without a victory over Tenerife in their last 3 matches in the league.

Tenerife head into the match following a 0-1 La Liga 2 win with the downing of FC Cartagena in their previous match.

Throughout their six latest matches, Luis Ramis's Tenerife have fired home a total of 6 times therefore giving them a goals per game average of 1.

Ahead of this clash, Tenerife are undefeated in their previous 3 league matches away from home.

A look at their prior head-to-head clashes dating back to 01/05/2010 tells us that Racing de Santander have won 1 of these games and Tenerife 4, with the tally of drawn results being 1.

A sum of 15 goals were scored between them in this period, with 6 from Los Racinguistas and 9 created by Tenerife. The average goals per game has been 2.5.

The last league clash featuring these sides was La Liga 2 match day 4 on 03/09/2022 which finished with the scoreline of Tenerife 1-0 Racing de Santander.

That time, Tenerife managed 50% possession and 11 attempts on goal with 4 of them on target. The scorer was Borja Garcés (55').

On the other side, Racing de Santander got 10 shots at goal with 2 of them on target.

The Racing de Santander manager José Alberto López has a full complement, with no fitness concerns at all ahead of this game with a fully injury-free squad available to select from.

Due to a completely injury-free squad available to select from, the Tenerife boss Luis Ramis doesn’t have any fitness concerns to speak of coming into this match.

We’re thinking that Tenerife and Racing de Santander could well end up finding themselves level here, with both teams capable of netting.

There should be little in it, and a draw looks to be quite a realistic result. That’s why we have predicted a very even match with a 1-1 score at the end of this game. 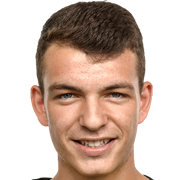 Normally playing in the Left Wing position, Iñigo Vicente was born in Derio, Spain. Having made his senior debut playing for CD Mirandés in the 2019 - 2020 season, the accomplished Forward has bagged 3 league goals in this LaLiga2 2022 - 2023 season so far in a total of 23 appearances.

We have made these Racing de Santander v Tenerife predictions for this match preview with the best intentions, but no profits are guaranteed. Please always gamble responsibly, only with money that you can afford to lose. Good luck with your selections.