We’re thinking that Raków Częstochowa have enough to breach the defence of this Legia Warszawa side, but a single goal probably won’t be as many as the goals that they could concede. Our selection here is for a tight encounter finishing with a 1-2 advantage for Legia Warszawa after 90 minutes. It will be interesting to see how this one goes. Our full set of predictions, statistics and match poll for Raków Częstochowa v Legia Warszawa can be seen below - as well as up-to-date odds.

Going into this one, Raków Częstochowa haven't been defeated in their previous 4 league matches at home. 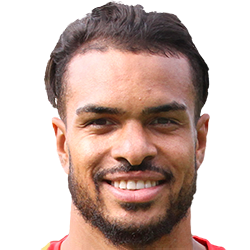 Normally taking to the field in the Right Attacking Midfielder position, Felicio Brown Forbes was born in Berlin, Germany. Having played his first senior match for FC Carl Zeiss Jena in the 2010 - 2011 season, the goalscoring Midfielder has accumulated 5 league goals in this Ekstraklasa 2019 - 2020 season to date from a total of 13 appearances.

While we have made these predictions for Raków Częstochowa v Legia Warszawa for this match preview with the best of intentions, no profits are guaranteed. Always gamble responsibly, and with what you can afford to lose.