All ŁKS Łódź v Raków Częstochowa match predictions, user poll and stats are shown below (including the best match odds).

ŁKS Łódź will be looking to improve on their last outing here after a 3-2 Ekstraklasa defeat last time out to Arka Gdynia.

It’s been a rare occasion in recent times where ŁKS Łódź haven’t conceded. The reality is that Rycerze Wiosny have failed to prevent opponents from scoring in 6 of their previous 6 clashes, letting in 15 goals in the process. That kind of pattern isn’t assured to follow through into this next game, however.

Going into this contest, ŁKS Łódź are without a home win in the past 4 league matches. Fans are getting restless.

After a loss in their previous game against Górnik Zabrze in Ekstraklasa action, Raków Częstochowa and their travelling fans will hope for a better result here.

Raków Częstochowa have had no problems opening up opposition defences in the lead-up to this encounter, scoring 11 goals in their previous 6 matches. This doesn’t mask the fact that Raków can also improve defensively after being scored against in 5 of those same clashes. We will just have to see if that trend will end up being continued on here.

The previous league fixture featuring these sides was Ekstraklasa match day 28 on 07/06/2020 which ended up with the score at Raków Częstochowa 1-1 ŁKS Łódź.

ŁKS Łódź manager Wojciech Stawowy will be thankful to have no fitness concerns to speak of ahead of this game with a completely injury-free group available for selection.

Owing to a fully healthy group available to choose from, Raków Częstochowa manager Marek Papszun doesn’t have any fitness worries whatsoever coming into this game.

Here, we’re thinking that ŁKS Łódź could find themselves up against it to score against this Raków Częstochowa lineup who we think will likely score & stay on top.

With that in mind, we reckon that it will be a hard-fought contest, finishing with a 0-1 winning score for Raków Częstochowa at the conclusion of the game.

Over/Under 2.5 Goals Prediction for ŁKS Łódź vs Raków Częstochowa
Under 2.5 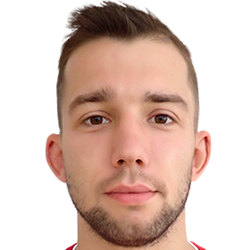 Usually deployed in the Striker position, Łukasz Sekulski was born in Płock, Poland. After having made a senior debut playing for Jagiellonia Białystok in the 2015 - 2016 season, the goalscoring Forward has managed to score 4 league goals in the Ekstraklasa 2019 - 2020 campaign so far from a total of 19 appearances.

We have made these ŁKS Łódź v Raków Częstochowa predictions for this match preview with the best intentions, but no profits are guaranteed. Please always gamble responsibly, only with money that you can afford to lose. We wish you the best of luck.

⚽️ Where can I get the predictions for other Ekstraklasa matches?

View all of our upcoming (and previous) Ekstraklasa predictions & previews here.