Vejle BK will be visiting Cepheus Park Randers on Sunday for the Superliga fixture with home side Randers.

Our tips, poll and stats for Randers v Vejle BK can all be found here - plus the latest match odds.

Randers go into this match following on from a 1-1 Superliga tied result versus Aalborg BK.

Randers have been on a persistent run of goalscoring form, finding the back of the net in one hundred percent of their last 6 matches.

They have managed to rack up 11 during that time while seeing the number of goals scored against them stand at 8. Let’s find out whether or not that trend can be continued on in this game.

Going into this encounter, Randers haven't been beaten in the league by Vejle BK in their previous 9 matches. A decent run, indeed.

Vejle BK come into this meeting following on from a 3-1 Superliga win with the downing of SønderjyskE in their last fixture.

In that match, Vejle BK had 55% possession and 9 attempts on goal with 6 on target. For Vejle BK, the goals were scored by Arbnor Muçolli (33') and Saeid Ezatolahi (59'). For their opponents, SønderjyskE got 12 shots at goal with 2 on target. Duplexe Tchamba (63' Own goal) and Emil Holm (90') scored for SønderjyskE.

Proving their penchant for fruitful encounters, we’ve had goals 24 times in the prior 6 games in which Vejle BK have taken to the field, yielding an average of 4 goals each fixture. Opposing teams have got 14 of those goals.

Taking a look at their past results, Vejle BK:

A review of past results between these clubs going back to 15/12/2018 reveals that these fixtures have been a source of anguish for Vejle BK. They’ve not managed to get themselves any victories whatsoever whereas Randers have been the better of the two, beating them in 83% of those ties.

An aggregate of 15 goals were scored between them in these games, with 13 of them from Hestene and 2 for De Røde. That’s an average goals per game of 2.5.

The previous league clash featuring these clubs was Superliga match day 1 on 18/07/2021 and the score finished Vejle BK 0-2 Randers.

In that match, Vejle BK managed 54% possession and 10 attempts on goal with 1 of them on target.

The Randers boss Thomas Thomasberg has zero fitness concerns to speak of before this clash owing to a completely healthy group to choose from.

Thanks to a completely injury-free squad ready to go, the Vejle BK boss Peter Sørensen does not have any fitness concerns at all ahead of this game.

In our view, Randers look likely to score more than once when they line up against Vejle BK, who could well struggle to score themselves.

We’re therefore anticipating a comfortable 2-0 margin for Randers after 90 minutes. 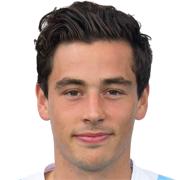 Regularly used in the Centre Midfield position, Vito Hammershøy-Mistrati was born in Denmark. Having played his first senior match for Hobro IK in the 2017 - 2018 season, the gifted Midfielder has managed to score 5 league goals in the Superliga 2021 - 2022 campaign to date coming from a total of 15 appearances.

While we have made these predictions for Randers v Vejle BK for this match preview with the best of intentions, no profits are guaranteed. Always gamble responsibly, and with what you can afford to lose. Good luck if you do place a bet today.